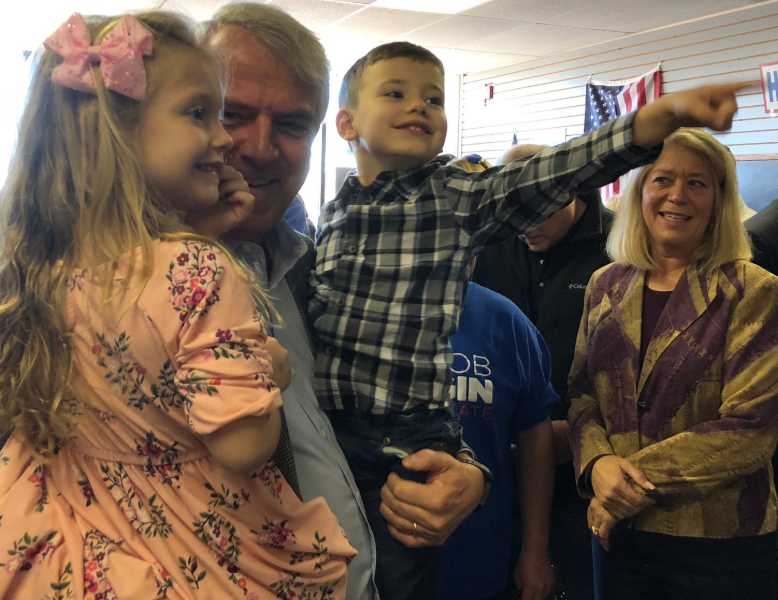 I know. I know. I hear you, Save Jerseyans.

“Here we go again,” right? Bob Hugin’s new “stand up to Trump” ad (in which he also declares himself pro choice and in favor of ‘equal pay’) may or may not be connecting with its target audience of educated, suburban liberal women — we’ll know on Tuesday night  — but it is undeniably succeeding in stoking old-but-every-present fears among New Jersey’s right-of-center coalition that we’re about to be sold out again. I read your comments on Facebook and Twitter and get we’re you’re coming from. 100%.

It’s happened so many times before. We support someone who at least superficially seems more interested in appeasing people (leftists/journalists/elites) who will never support him or her anyway) than dancing with the date they brought to the ball (us), so the eventual victory feels pyrrhic. You want reassurance that Hugin will be different before you cast your ballot for the man.

Guess what? I can’t give you that assurance. I learned my lesson in the Christie years; it’s not my job to make anyone feel good about their votes, and it’s certainly not my responsibility to apologize for candidates’ shortcomings. Sorry!

What I will do is tell you why I’m supporting Bob Hugin:

Hugin may be pro choice, but the former Trump donor and delegate said he would’ve voted for Brett Kavanaugh had he been given the chance. That’s no small thing, Save Jerseyans, and it’s a huge, honking point of contrast in this U.S. Senate race which you shouldn’t downplay.

If the GOP loses the House and holds the Senate on Tuesday? The most likely result based upon the polling averages? President Trump’s ongoing collaborative effort with Mitch McConnell to transform the federal judiciary is about all Trump can hope to accomplish. Having 52 versus 51 votes could make all the difference on possible upcoming confirmation battles which will, in turn, impact a host of liberty-related issues in the years to come. So on this point, at least, the Menendez surrogates have a fair point: Hugin would likely prove a de facto pro life Senator in Washington. Senators are the sum of the judges they help confirm (or defeat). We have no reason to believe Hugin would be anything less than reliable on this front.

Oh, by the way: Menendez was (1) indicted for bribery and (2) investigated for using underage hookers.

Let that sink in for a minute if it hasn’t already, Save Jerseyans. This isn’t a garden variety battle between two stuffed shirts with roughly equal ethical challenges and warts. There is no moral equivalence here. Bob Menendez is a really, truly BAD DUDE. So bad, in fact, that the leftist Star-Ledger advised us all to “choke down” a vote for Menendez after previously calling on him to RESIGN. Nearly 40% of his own party voted for an unknown in the June primary! Other than “he’ll oppose Trump,” Democrats are groping around in the dark looking for justifications for holding one’s nose and staying in the column. It’s the top reason why this race has stayed so competitive.

Bob Menendez is the personification of why New Jersey is the butt of too many jokes.

Want to cast an anti-NJGOP protest vote? Okay. Fine. Save it for next year’s legislative races. Some of the incumbents will deserve it. Casting a protest vote when the Democrat incumbent is THIS thoroughly corrupted? Time to question your own fealty to ethics and good government.

The federal judiciary is only the tip of the iceberg.

Tax cuts. Pro-Israel. Maintaining a strong, well-funded national defense. Term limits. Nuclear power. Opposing Obama’s Cuban miscalculation and disastrous Iran Deal. Opposing Sanctuary Cities, too. The list goes on from there, folks, but you get the point: Bob Hugin isn’t a movement conservative per se, but when you look at the entire menu of issues, it’s less than fair to castigate him as a standard Rockefeller northeastern liberal. If Lindsey Graham and Susan Collins had a baby? He might look like Bob Hugin! Which is still worlds better than Bob Menendez who has continued pushing further left even in the realm of foreign policy where he was once semi-reasonable.

Another under-discussed item this year is what the money Bob Hugin dumped into his race has meant for the Republican Party here. $36 million of his own money! But that figure doesn’t even include the donations he’s made to local Republican organizations which, without a Republican governor or well-funded county party to pick up the slack year-round, would’ve been completely up shit’s creek without a paddle this election cycle.

There’s no shame whatsoever in pointing out that U.S. Senator Bob Hugin could provide the financial lifeline for New Jersey’s minority party and its subsidiaries that Chris Christie kind of/sort of did until presidential aspirations altered his lieutenants’ priorities. If he loses? I’m not sure who will keep the lights on. The idea of a Phil Murphy without any foil is terrifying even if you, like me, are sometimes tempted to let hapless Republicans deal with the consequences of their poor decision-making. A one-party New Jersey isn’t one with much of a future, and we’re pretty much there already. This could be the last stop; a final chance to get off.

Factor that into your decision-making.

(5) Yes, I sincerely believe Bob Hugin is doing this for the right reasons.

A quick story here at the close: Bob visited my office back in February of this year for a 1 1/2 hour chat over coffee. I’ve done this sort of thing before with other candidates. Sometimes it’s fun; sometimes it’s a bore. That’s sort of the point: you’re feeling one another out.

I was pleasantly surprised with Hugin. He wasn’t another big ego with an equally big checkbook; he was unpretentious and open with me, answering all of my questions without hesitation. He didn’t try to take two sides of any issues. He didn’t simply ‘tell me what I wanted to hear’ either even when I pushed him on issues including abortion (see above). I walked away with the impression that he wasn’t running for statewide high office like most N.J. pols (Christie, Booker and Murphy come to mind as prominent, contemporary examples) because he coveted a stepping stone to the presidency. He certainly doesn’t need free flights, goodies galore, and other fancy “gifts” from donors like Bob Menendez (he’s rich enough through his own hard work to buy whatever the hell he wants).

Hugin, like Trump, could’ve easily retired from the private sector and put his feet up.

Said another way? He doesn’t need this bullshit.

But he’s running anyway and investing a healthy chunk of his kids’ inheritance in this Senate contest because, as he told me at the time, “the idea of that man [Menendez] getting another six years in D.C. disgusts me.”

Call me naive, Save Jerseyans, but I think that’s absolutely worth something. It says something about the man. And although I’m fairly certain Bob Hugin will give this particular conservative reason for occasional heart burn if he makes it to D.C. in January? Someone whose core motives aren’t corrupted from the get-go is as good a bet as any in a business where words are wind, politicians “evolve,” and promises are rarely backed up by action.

Euripides put it best, and simply, if you’re determined to make a less generous assessment of the GOP nominee: “I would prefer as friend a good man ignorant than one more clever who is evil too.”