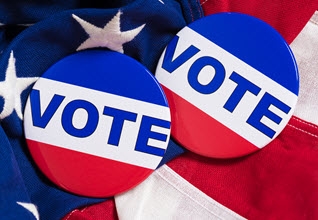 Quinnipiac had reported a slim, 5-point Menendez lead on October 17th. Today? The incumbent’s lead is up to 15 (!) fueled by a 21-point swing in Independent voter allegiances back to the incumbent (Hugin had led in this key category by 7-points).

Openly nervous national Democrats have diverted millions to New Jersey over the last couple of weeks precisely because they don’t believe (or didn’t believe) Menendez is really up 15-points or anything close to that. It’s widely-known that the Democrat camp pegged its own lead closer to 2-points (Hugin, in turn, found himself up by 2 points in the last week). Is the new outside advertising coming to Menendez’s aid making a massive dent? Or perhaps President Trump’s comments regarding birthright citizenship moved the needle by a mile?

Likely? Sure. Anything is possible.

It’s also very possible that there hasn’t been much movement at all. Polls are snapshots rooted in assumptions. In 2016, internal Democrat polls caught pro-Trump movement in Michigan missed by the public national polling outfits; pollster made the wrong assumptions about the composition of the electorate. Polls in Pennsylvania, Wisconsin, and Michigan were off by several points. All of these polls, public or campaign-financed, turn on things like how many Latinos the pollster assumes will vote? Or what percentage of the electorate will be Democrats? Etc. and so on.

If the New Jersey electorate is 60% female and chock full of new voters on Tuesday? Democrats win in a walk.

If Republicans in places like Ocean County are more revved up than the polls believe at the moment? Republicans could make things very, very interesting.

Back at 30,000 feet? “With the last few days of polls, Republicans still look pretty safe holding the Senate at no worse than D+1, but the next six races could all be close losses… and if the polls are off by not that much, we could have 56 Republican Senators,” opined NRO columnist Dan McLaughlin on Monday.

Polls cannot predict turnout. Polling is educated guesswork (at best). No one KNOWS definitively who’s going to vote on Tuesday.

All you can do at this point is make sure you’re one of them, Save Jerseyans.