Booker continues to duck hard questions on the trail 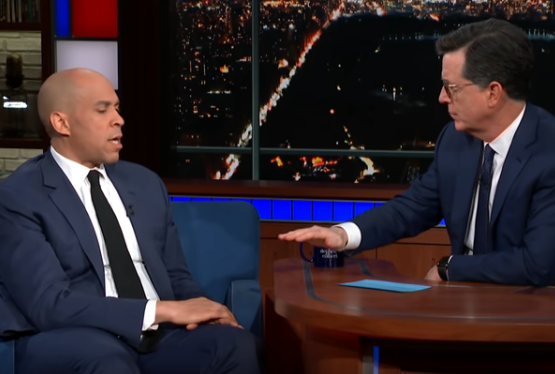 NEW YORK, NY — He’s been silent on Jussie Smollett’s fall from grace as well as the rampant anti-Semitism of Ilhan Omar.

On Friday, Cory Booker (D-Twitter) a/k/a Gropacus dropped by The Late Show with Stephen Colbert to talk about his presidential bid but, whenever the host attempted to probe him on substantive policy questions, Booker demurred.

“Let’s talk about some specific policies that have been thrown out by the new Democrats in Congress,” Colbert inquired of Booker, “and by some of the people.”

“Can I just say one thing?” Booker interjected, abruptly changing the subject. “Because this news came out about Paul Manafort and I’m really ticked off about this.”