BATTLE OF THE GROPERS: Booker frets over Biden’s launch in email to supporters 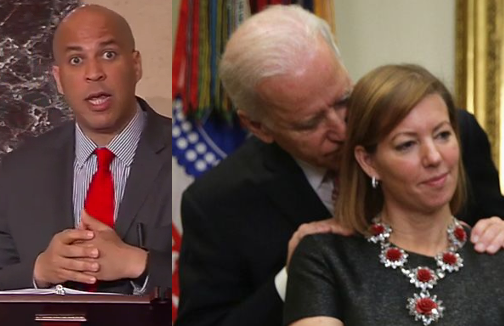 NEWARK, N.J. – Cory Booker is readily conceding that Joe Biden’s entry into the 2020 Democrat Primary is a complication for his struggling effort.

On Thursday, after the former Vice President announced his intentions in an online video, Booker’s campaign blasted a desperate-sounding e-mail message from its candidate to the New Jersey junior Senator’s supporters.

“More voices make us a stronger party, but even I admit it’s getting hard to keep track of how many Democrats are running for president. As of today, we’re at 20 candidates,” said Booker.

“The truth is this poses a real challenge for an underdog campaign like ours,” he added, including a fundraising link and a pleas for financial assistance.

Something Booker shares with Biden: both the Senator (here) and the ex-Veep (here) have come under fire for being handsy.