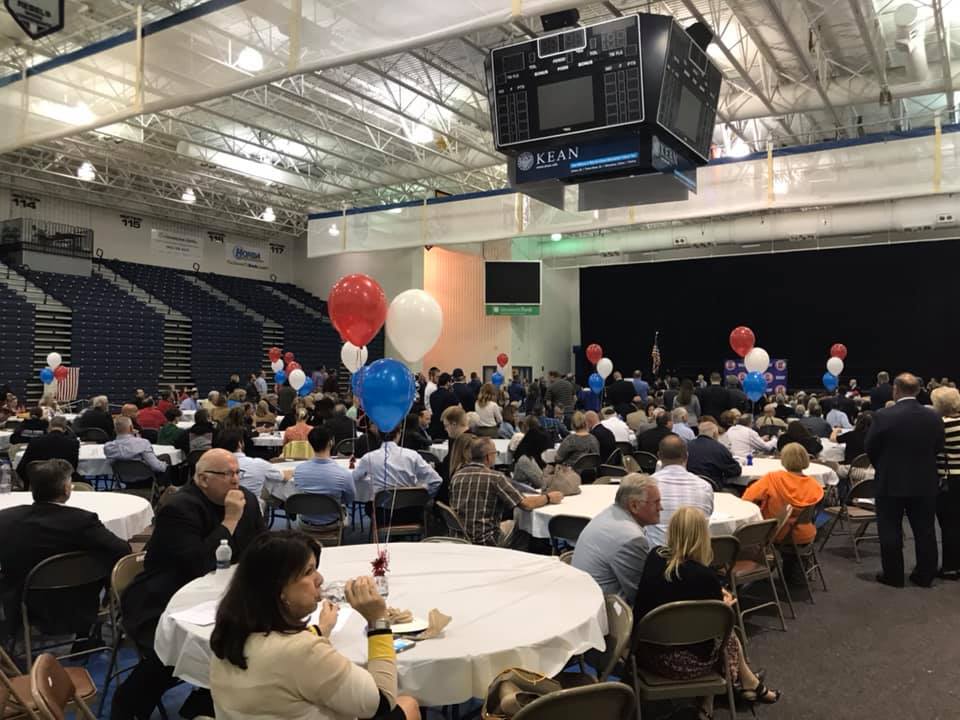 TOMS RIVER, NJ – The race to succeed George Gilmore as Ocean County’s Republican chairman is over.

On Wednesday evening, county committee members and lawyers gathered at the Toms River North High School and elected (via secret ballot) Frank Holman to serve in the post vacated by Gilmore, a long-time state-wide power broker who was convicted on three of six tax fraud counts in April.

Holman is a CPA and public professional with Holman Frenia Allison, P.C., a firm with offices in Toms River, Red Bank, Medford and Freehold. Announcing during the campaign that he planned to retire and focus on the party, Holman’s platform included recruiting more female candidates and modernizing the county party’s digital strategy.

The chairman’s race had become particularly brutal down the home stretch with Sadeghi accusing Holman of donating to Democrats and Holman countering that Sadeghi abstained from participation in numerous primary elections. Gilmore nevertheless ended up serving as the most prominent issue in the contest.

Battle lines came into clearer view when most of Gilmore’s ex-lieutenants and allies (like insurance titan Joseph Buckalew) in addition to a majority of county and legislative elected officials threw in behind Holman, whose campaign was managed by veteran NJGOP operative Tom Szymanski, while the former chairman himself threw his diminished albeit still formidable weight behind Sadeghi’s candidacy.

It’s the end of an era in Ocean County and state Republican politics. Dethroned and dispossessed of his positions and perks, Gilmore is still challenging his convictions in court but his reign in Ocean County appears to be over, or at least for the foreseeable future.

Nothing is forever in New Jersey.

For example, Gilmore may take some comfort in the comeback arc of incumbent Passaic County GOP Chairman Peter Murphy who made it back to the county chairman’s post in 2018 for a second run after having being prosecuted by then-U.S. Attorney Chris Christie approximately 15 years earlier.