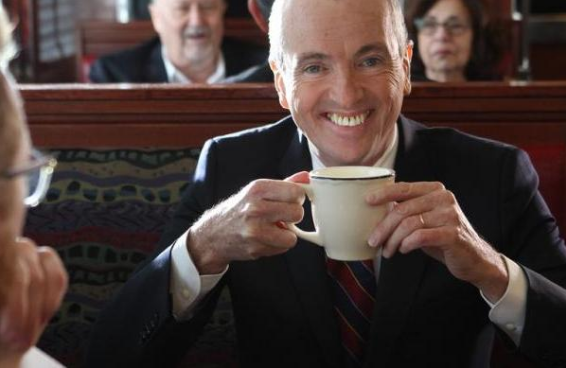 I’m old enough to remember when Phil Murphy loved tax incentives, Save Jerseyans. Just last year? The Democrat governor and Goldman Sachs alum was ready to fork over billions in tax breaks to one of the world’s biggest companies: Amazon.

The rationale? Amazon will set up in Newark and create jobs! Murphy hailed it as a ‘once is a lifetime’ opportunity for New Jersey.

It never happened, of course, and after New York crapped out, Amazon decided to focus (at least for now) on the Arlington County campus of its “HQ2” project. Newark never got close.

Flash forward to 2019. Murphy is in the grips of a intra-party power struggled with long-time Democrat power broker and insurance executive George Norcross.

He’s investigating the use and oversight of state tax incentives in Camden, the historic homeland of Norcross’s organization and his pet revitalization project. It’s a transparently personal attack by Murphy designed to keep the machine off-balance and yeah, exact a little petty revenge.

This tidbit from last week was revealing (h/t Philly.com):

New Jersey Gov. Phil Murphy on Thursday said there was “no question” that Camden is on the rise, but questioned whether tax incentives awarded to companies that moved there under his predecessor had benefited the broad community or just “a select few.”

I’m no fan of “corporate welfare.”

I’m also no fan of the South Jersey Machine.

Don’t look for a defense of the EDA here. You won’t find one.

Isn’t Camden getting back on feet and becoming financially self-sufficient a benefit to the “broad community,” specifically those of us paying taxes which are diverted to Camden thanks to that God awful school funding formula?

Isn’t giving one of the world’s wealthiest and most power companies (Amazon) disproportionately helping “a select few”?

I can’t quite wrap my mind around how one is good and the other bad; the only substantive difference is George Norcross.

If there’s one thing worse than politicians using our cash to help their friends, Save Jerseyans, then it’s those same politicians picking and choosing winners on the basis of the current political conditions.