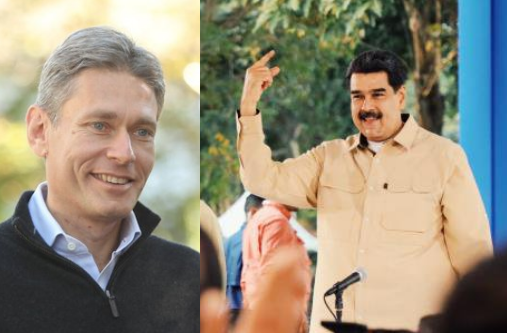 SOMERVILLE, N.J. – The ongoing strife in Venezuela is bringing a renewed focus on America public officials’ records where the Maduro regime is concerned.

Tom Malinowski (D, NJ-07) has only been in Congress since January 2019, but in his past life as an Assistant Secretary of State for Democracy, Human Rights and Labor under President Obama, Malinowski turned a blind eye to the regime’s abuses.

“We both agree that this is not the time to use the tool [sanctions], and I think we both agree that it is a potentially effective tool. It is a question of picking the right time to make sure that we achieve the effect that we want,” Malinowski told the U.S. Senate Committee on Foreign Relations back on May 8, 2014.

In light of recent attacks on protesters, Malinowski’s decision to urge leniency for the notorious Venezuelan government is raising eyebrows.

“Tom Malinowski’s failure to confront the Maduro regime while working for the Department of State highlights his abysmal judgement on foreign policy issues,” said NRCC Spokesman Michael McAdams on Friday. “New Jersey voters deserve better than having a coward representing them in Congress.”