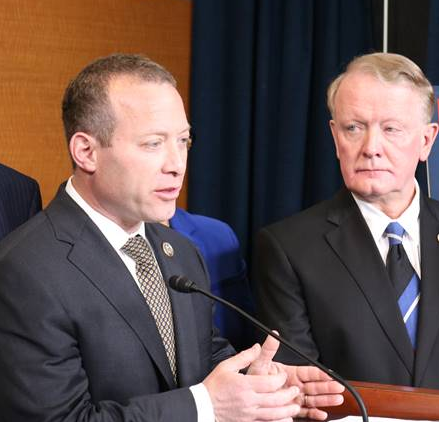 TRENTON, N.J. – Democrat incumbent Josh Gottheimer is facing a primary challenge in NJ-05 from the Left (Councilwoman Arati Kreibich of Glen Rock). It’s a sign of the times.

NJGOP Chairman Doug Steinhardt issued a statement on Monday explaining that Gottheimer isn’t welcome to flip despite his clear base problems.

“Josh Gottheimer might be in a place where he needs friends, but he won’t find them in the Republican Party in CD-5,” said Steinhardt. “As a County Chairman in his district, I can tell you that the liberal Representative isn’t welcome on a Republican ballot. He helped Nancy Pelosi circumvent generations of House rules to call President Trump a racist, and he has endorsed one of the most liberal presidential candidates in the 2020 race, Cory Booker. Congressman Gottheimer is either going to lose in this Democratic primary or the general election to a Republican Challenger.”

Not that Gottheimer is considered seriously imperiled. At least not yet. The moderate Democrat boasts almost $6 million cash on hand as of the latest reporting period.

“In a district President Trump won, the last thing Josh Gottheimer needs is a primary challenger who will push him even further to the left. Let’s just hope he doesn’t lose his temper,” said NRCC Spokesman Michael McAdams.