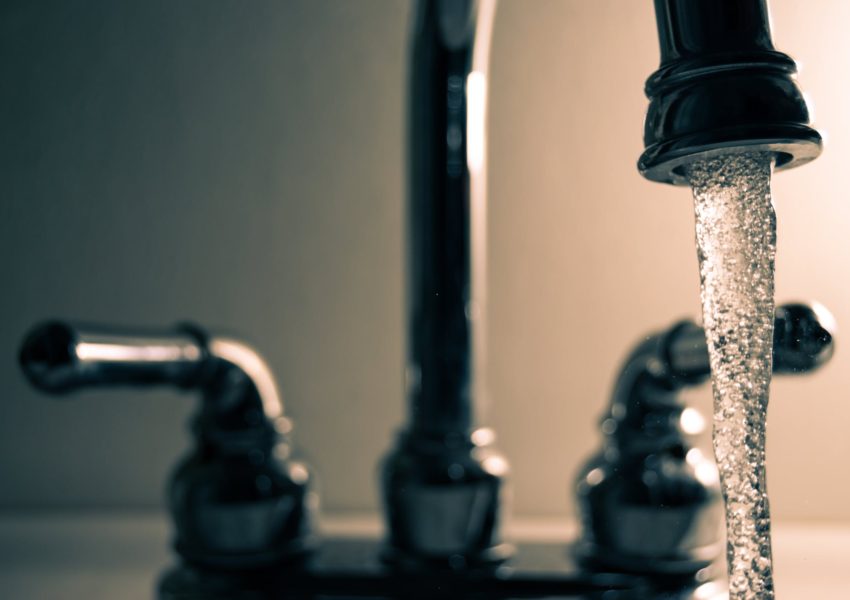 There were water lines throughout Tuesday in New Jersey’s most populous city, Save Jerseyans, as residents queued for water bottles after it was revealed that 40,000 lead-blocking water filers weren’t sufficiently blocking lead. The EPA says anyone with a lead service line should only drink bottled water until further notice.

It’s something you’d expect to see in Venezuela (or Flint), not one of America’s wealthiest states:

Line forming for bottled water in Newark at the Boylan RecCenter. Water filters that are supposed to block lead may not be working properly. (Testing on-going by the city) Water is only for those with lead service lines in the Pequonnock service area. @News12NJ pic.twitter.com/9G9utZJfB7

At 3 pm, about 70 people lined up for water at the Boyland Rec Center in Newark on an increasingly humid afternoon, with many seniors and grandparents waiting for 20-30 minutes in line pic.twitter.com/CQBfKP8qxc

Isn't this the city that Cory Booker once ran? https://t.co/MpvYspaHf6

Levin’s Booker point may seem unfair on the surface. Spartacus hasn’t been mayor since October 2013! How is something happening in 2019 his fault? Right?

Do you know what else happened in 2013? The Newark Watershed Conservation and Development Corporation (charged at that time with supervising the city’s water treatment and infrastructure) went belly up. New Jersey’s comptroller had uncovered massive corruption and the waste of public money over at the Watershed which transpired on Booker’s watch. As it turns out? He did very little actual watching. Booker hung out with Oprah and shoveled sidewalks but never attended a Watershed meeting despite his important  oversight responsibilities.

The administrator he sent in his stead resigned in 2010 but Booker never picked a substitute.

Booker did manage to make a ton of money while doing nothing; his former firm continued to give him disbursements between 2006 and 2011, a period during which that same firm made $212,318 serving as counsel for… the Watershed. And again, that’s just the tip of this particular iceberg. The institutional corruption ran deep.

What matters for the story at hand: big money and valuable time was wasted that could’ve been applied to averting a public health crisis like the one facing Newark today. Pipes could’ve been upgraded/replaced. Better treatment and maintenance processes could’ve been implemented. Superior filtration options could’ve been explored. Booker and his Media apologists are pretending this situation originated with treatment decisions made in 2017. That’s a horrible take and fails to provide the full picture, a picture which is anything but flattering for New Jersey’s junior senator.

Remember: Newark schools’ water fountains were showing high levels of lead during Booker’s tenure. He did nothing.

Karma finally caught up with at least some of the worst actors. One consultant recently went to jail. Lawsuits followed. It was and remains a mess. A city department took over the old agency’s duties in 2013 but the quality of stewardship doesn’t seem to have improved much.

Senator Cory Booker seems to have gotten away with his own contributory role. He’s running around Iowa as I write this, looking for another promotion, all while the Brick City’s residents and their children can’t drink tap water for fear of getting sick (or worse). Newark never really mattered all that much to him. He was simply passing through.