Op-Ed: Immigrants should come to the U.S. legally, like I did 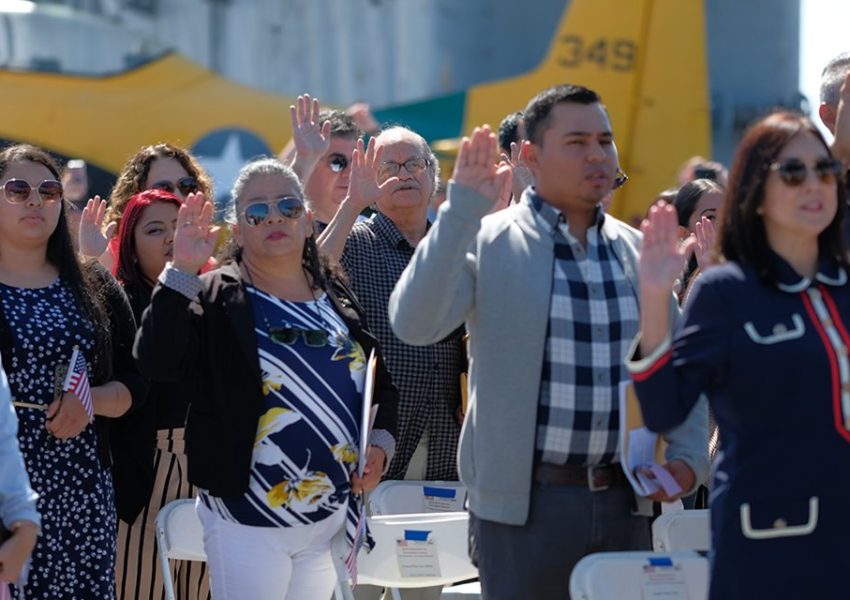 I traveled the legal road to become an American citizen, and I am proud of it. It was not an easy path, nor should it have been. The resources in the United States – like anywhere in the world – are finite; they are not unlimited. Taxpayers’ money is not endless, and it is unjust for the government to compel hardworking Americans to ever-increasingly pay greater portions of their earnings to support those who come to the U.S. illegally.

We simply cannot afford to support half of the world’s population. And make no mistake about it, paying half of the world’s costs is exactly what we are on track for if we allow insane far left policies, such as: health care coverage for illegals, permitting unfettered unlawful entry at the borders, and refusing to deport those who courts have adjudicated are here illegally. These policies would not only bankrupt America, but they would end America as we know it.

That said, I am completely in favor of continued, traditional legal immigration into the U.S.

I am in favor of how I came here, and how I became a citizen.

When I entered the United States in 1980, three months after President Reagan became president, I was required to have an American citizen sponsor me. The sponsor, a family who I had never met before, was integral, as they were responsible in assisting me in succeeding in America; such sponsors help ensure that non-U.S. citizen residents are in the legal immigration pipeline.

I was also required to have a medical exam, and I had to sign a document where I agreed to learn English. I had to be self-dependent, and pull my weight here in America. Seven years later, I earned my citizenship, and now proudly living the American dream.

And today, not only I am the mayor of a great American town but I am also a candidate for U.S. Congress. how amazing is that?

Those rules that I followed did not “target” the poor, nor did they “target” the rich. They simply benefited the safety and economic prosperity of American taxpayers. And they benefited me and all those who came to this great country legally – and that’s because we earned it, which makes us stronger people.

Mike Ghassali is mayor of Montvale, New Jersey, a Syrian immigrant, and an Election 2020 Republican primary candidate in NJ-05.

MIKE GHASSALI is the mayor of Montvale, New Jersey, a Syrian immigrant, and an Election 2020 Republican primary candidate in NJ-05. Read Full
More posts by the Author »