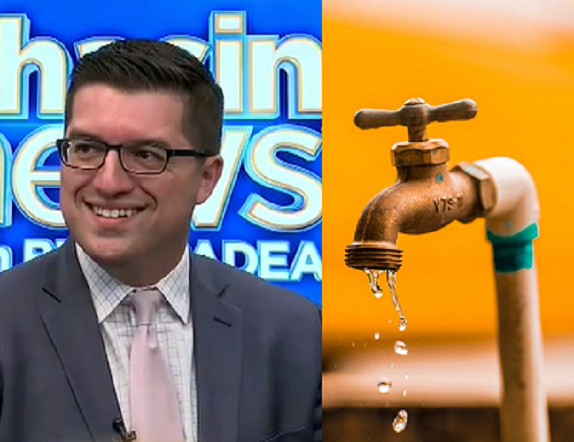 TRENTON, N.J. – As Newark’s water crisis continues to deepen and Governor Phil Murphy refuses to declare a state of emergency, Save Jersey‘s Matt Rooney returned to the Chasing News A+ Panel on Wednesday night to inject some much-needed common sense into the debate.

“This is government playbook 101, right? You form a committee, you plan studies, and you spend all of our money on studies. Replace the pipes!” said Rooney. “We’ve known for a generation – all the way back to when Sharpe James and Cory Booker were mismanaging Newark – that the pipes are old, they’re rusty, we need to replace them.”

Host Bill Spadea followed up and asked Rooney, who is also a practicing New Jersey attorney, whether New Jersey government could free up money to assist Newark in its moment of crisis.

“You would think so, but that’s not the governor we have. He’s busy spending our money on illegal aliens. Not because that’s the right thing to do, but because it gets him positive press. Meanwhile, natural New Jersey American citizens can’t get a clean drink of water,” Rooney added.

Co-panelist Afia Yunus thinks President Trump bears blame for wasting money on other priorities – like the wall on America’s southern border – instead of assisting Newark. Rooney strongly disagreed with her premise.

“Last I checked, Donald Trump is not the mayor of Newark, he’s not president of the ‘country’ of New Jersey,” Rooney countered in a heated exchanged with Yunus, adding that “there are fifteen layers of Democrat politicians to get through before this is Trump’s fault.”