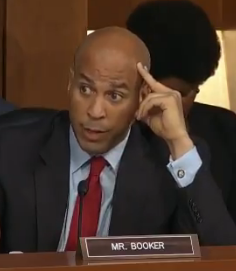 NEWARK, N.J. – Cory Booker’s starring role in Newark’s lead water crisis was bad enough based upon what we already knew, Save Jerseyans. It just got worse.

On Thursday, Politico reported that “a longtime friend and adviser to former Mayor Cory Booker allegedly directed the head of Newark’s troubled watershed to solicit political contributions from agency contractors in the late 2000s.” Elnardo Webster’s alleged instruction came at a time when the city could have begun the process of tackling rotting water pipes but, owing to a lack of leadership and corruption, no meaningful action was taken.

Politico has the full story here.