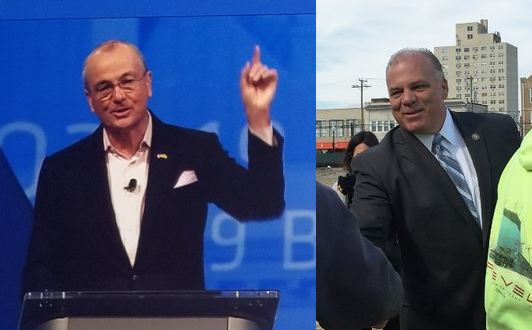 You probably missed it yesterday, Save Jerseyans, but Bloomberg ran a Wednesday story featuring Senate President Steve Sweeney, and New Jersey’s third-highest-elected Democrat had some objectively depressing things to say about the state of our state.

But that isn’t all he said.

“Why am I yelling fire in a crowded theater and everyone else is saying that we’re fine,” Sweeney added. “We’re not. And it’s going to go up in flames. I would rather not go down in memory as the guy that told everyone the pension system was going to collapse and be found that I was correct.”

You can read the full story here if you’re interested.

Faithful followers of New Jersey politics won’t be surprised by this leading New Jersey Democrat’s dim assessment of Democrat-controlled Trenton’s stewardship of the Garden State. He is Governor Phil Murphy’s arch-nemesis (or at least co-nemesis along with South Jersey Democrat Kingpin George Norcross). Sweeney knows the buck usually stops with the governor where voters are concerned, so he’s more than comfortable deflecting responsibility for the constant drumbeat of dim New Jersey economic and fiscal news in Murphy’s direction.

Sweeney is also huckster-in-chief for the ‘Path to Progress,’ a Democrat-lite approach to tempering some of Trenton’s worst fiscal practices; the blueprint is backed by the Norcross wing of N.J. Democrats and the former Christie Republican-types, too, who’ve given up on ever having a majority of their own.

What Sweeney and those in his corner continue to hope you’ll forget:

Democrats have had control of both chambers of the state legislature since 2004.

With the exception of Chris Christie’s governorship? Spanning January 2010 to January 2018? During which time many of his key reform initiatives were watered down or outright rejected by the opposition? Democrats have enjoyed complete, hegemonic control of New Jersey state government for fifteen years.

Their grip is tightening. At present, Democrats boast a 24-16 majority in the State Senate. Their majority stands at an even-more lopsided 54-26 in the General Assembly, the biggest Democrat numerical advantage in decades. A gerrymandered map and institutionalized voter fraud make Republicans little more than an occasional nuisance in Trenton, and only on those rare occasions when their votes are needed to shore-up one Democrat faction battling against another intra-party rival cabal.

Steve Sweeney joined the State Senate in January 2002 (when yours truly was only a junior in high school). He’s had plenty of time.

So exactly who is to blame for the suck? Sky-high property taxes? An on-the-brink pension system? Staggering debt? Mass out-migration? Sanctuary State madness? If not… Steve Sweeney? And his Democrat colleagues?

Sweeney isn’t on the ballot in 2019. The entire Assembly is up; there’s also a special state Senate contest in LD1.

While Phil Murphy rightly gets MOST of the blame for today’s Trenton dysfunction, ‘saving Jersey’ (shameless plug) is impossible without dislodging the increasingly far-left Democrat majority that’s controlled the legislature for longer than most of today’s high school underclassmen have been alive. There’s only one constant here and it’s Democrat legislature. Electing a Republican governor from time-to-time merely slows the bleeding. The patient (New Jersey) is still dying. Even a significant Republican minority (e.g. 18 rock-ribbed Republicans Senators instead of 14, a few of which are squishy) would do wonders for taxpayers as opposed to the status quo.

Sweeney is right: New Jersey is going up in flames.

That’s precisely why you need to get out there and vote against his party this November.