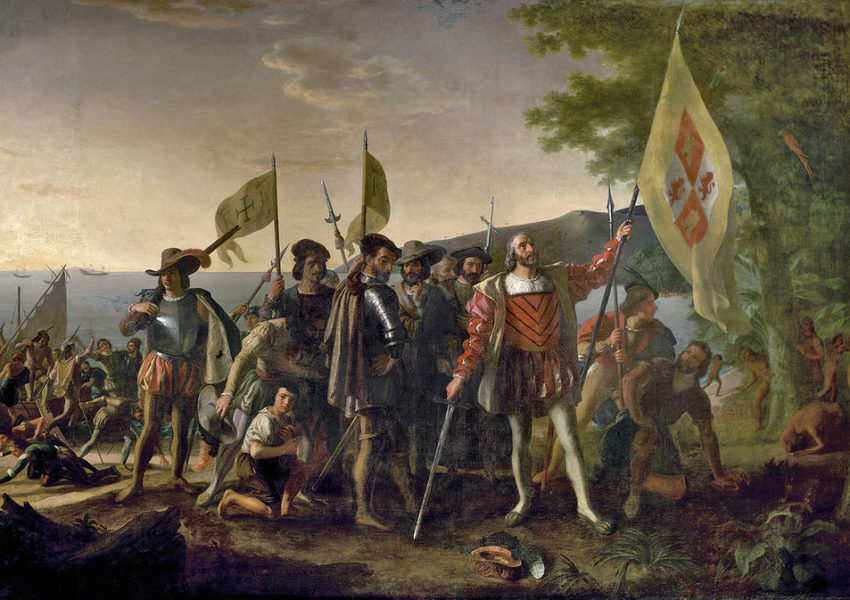 Here we go again, Save Jerseyans. Princeton is now the latest New Jersey municipality (joining Newark) to do the woke thing and scrap Columbus Day in favor of “Indigenous Peoples’ Day.” Last year, we covered the Bergen County suburb of Glen Rock’s debate over which holiday to recognize before ultimately deciding to stick with Columbus.

We’re all acquainted with the whacked-out logic behind dumping America’s original ‘founding father’ in favor of a brand new holiday which almost no one celebrates. “He’s a genocidal murderer!” Not only is that version of colonial history very controversial and compelling disputed, of course, but its adherents’ rationale also appears feeble alongside documented examples of New World atrocities committed by native peoples. All of that is old news. What’s eye-opening for those unfamiliar with (or in denial about) the new Left is how they’ve gone about forcing Indigenous Peoples’ Day on the rest of us.

Frankly? I’d be fine with an Indigenous People’s Day taking place on its own day.

The American story is a tale of pluralism; different peoples coming together – sometimes uncomfortably and rarely violently, but almost always harmoniously – to create a new people dedicated to the grand design embodied in the Declaration of Independence and U.S Constitution. Our history isn’t perfect but what we’ve built is as good as anyone’s done anywhere and anytime else! Italian Americans and ‘Native’ Americans are now all… Americans. Both groups are entitled to a holiday if they want one. Both groups can and should celebrate one another as fellow Americans.

They want to ERASE Columbus Day, a commemoration near-and-dear to 16 million United States citizens with Italian heritage and many millions more who honor our collective history. Delete it. Sanitize history. Supplant facts. Demolish everything and everyone that doesn’t gel with the new politically corrective narrative.

Ironically? The people pushing Indigenous People’s Day are behaving as ruthlessly as the most blood-thirsty 15th and 16th century European explorers.

Keep all of this in mind today as you reflect on Columbus and the debate surrounding his legacy.

If Columbus’s detractors were REALLY interested in dialogue/diversity/whatever? They’d demand (and get) their own day. But they don’t want one. They want to destroy YOUR day, and for the same reason that the same crowd wants to raze your local town or school’s Christmas tree rather than simply add other faiths’ traditions to the stew.

Indigenous People’s Day proponents are modern cultural conquistadors. It’s the dirty little secret buried just below the surface of their rhetoric. The fact that they use Twitter instead of muskets is completely immaterial.