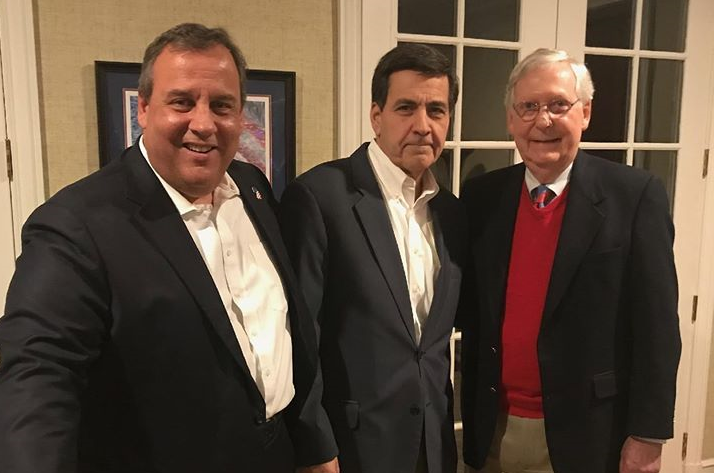 MENDHAM, N.J. – The man whose chamber will ultimately decide President Trump’s fate was in New Jersey on Sunday night for a minimum $2,800 per head fundraiser.

Former Governor Chris Christie, his wife Mary Pat, and NJGOP National Committeeman Bill Palatucci hosted the event for U.S. Senate Majority Leader Mitch McConnell at the Christie family home. McConnell is up for reelection next November; first, he’ll play a decisive role in the trial of Donald Trump which will be scheduled after this week’s anticipated vote on impeachment articles in the U.S. House.

Known as a shrew tactician, McConnell has pledged close coordination with the White House in the weeks ahead, a pronouncement which has  infuriated Democrats.