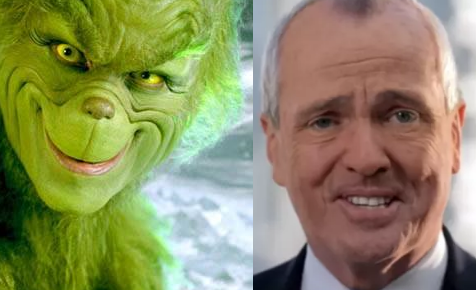 TRENTON, N.J. – Some of the proposals were crazier than others (it’s a sliding scale of nuttiness under the Dom), but Trenton Democrats certainly advanced a theme during Monday’s frenzied pre-Christmas voting session: helping people who break the law. Arguably, some of the bills help criminals at the expense of people who pay the bills and follow the rules.

“It’s criminal Christmas today in Trenton,” said Steinhardt on Monday. “As Democrat politicians shower rule breakers with privileges and sympathy, the millions of hardworking New Jersey families who do it by the book are once again left asking, who is looking out for them? Our state is limping behind the rest of the country and we’re bleeding jobs, opportunities and family members. Phil Murphy’s backwards approach to governing goes beyond kicking the can down the road. He’s loaded the can into a cannon and shot it into the meadowlands swamps. This state needs honest answers to its real problems, and the clock is ticking.”