Murphy is still benefiting from the Christie property tax cap 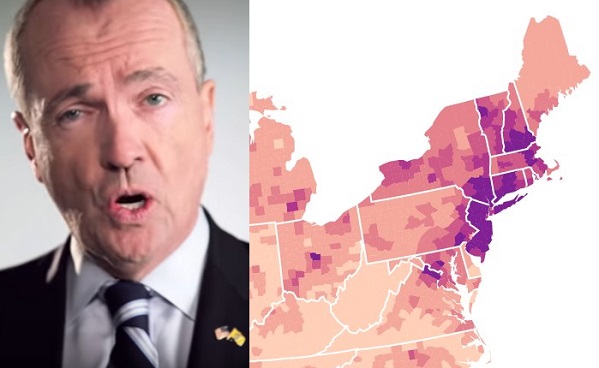 TRENTON, N.J. – Despite being a part of the original compromise, Senate President Steve Sweeney wants to poke holes in the Christie-era 2.0% property tax cap. It’s not hard to understand why Governor Phil Murphy vetoed the measure (despite having no coherent property tax/school funding solution of his own).

According to a new analysis from NJ 101.5 Radio, “property tax collections — for counties, municipalities, schools and special taxing districts — increased by $665 million to reach $30.4 billion last year. That’s an increase of 2.2%.“

That’s nothing to celebrate. Still…

The trend over time makes what’s happening hard to ignore:

No, it’s not as good as a FREEZE or absolute rate cut.

However, it is undeniable that property tax rates are now growing at a far slower pace than before the landmark 2010 reform endeavored to keep property taxes in-line (or close to in-line) with inflation. Governor Murphy continues to benefit from the work of Governor Christie even if he’ll never admit it.

Murphy shouldn’t get too comfortable coasting on his predecessor’s accomplishment. Again, the tax situation is now so bad that simply slowing the car speeding towards the cliff isn’t good enough. A jarring national map tweeted out by the Tax Foundation on Sunday drives the point home regarding how much work there still remains to do if we ever want New Jersey to be a taxpayer destination:

Which places pay the most in property taxes? https://t.co/XeuAbwL51v pic.twitter.com/tEDsEOBz5y