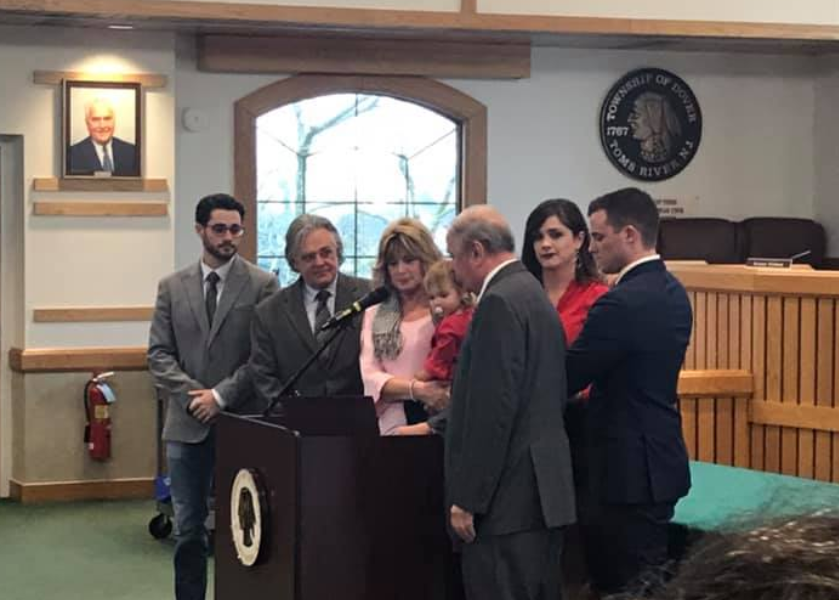 TOMS RIVER, N.J. – The council chamber was packed on Friday as newly-minted Mayor Maurice B Hill and Councilmen Matthew Lotano, Josh Kopp and Kevin Geoghegan took the oath of office in Toms River.

The large Ocean County municipality is a key outpost for the Jersey Shore GOP; its composition is now 5-2 Republican will Hill serving as mayor.

Two Democrats and two Republicans are up for reelection in 2021.

Correction: an earlier version of this post stated that Toms River Council is now 4-3 Republican when, in fact, it’s 5-2.