Full disclosure: I’m solidly in the camp of folks who believe the modern version of Presidents’ Day (formerly “Washington’s Birthday”) is utterly useless and pointless. There was a time when Americans would celebrate and honor our two greatest presidents – Washington, then also Lincoln – every February. The Father of the Republic and then man who saved the Republic from slavery and anarchy. Lately? As the holiday was expanded to include all presidents (even those who hardly deserve it by any objective measure), the ‘celebration’ has devolved into a long weekend for school kids and public employees; there are also some very solid car and mattress sales going on if you’re so inclined, but there’s no civic or pedagogical value to be found in any of it.

No parades. Memorials. Commemorations or orations. It’s a bottom-up dilemma.

A small minority percentage of K-12 students are history/civics proficient by the time they head to college. It doesn’t get any better from there. Only 18% of U.S. colleges require an American History course as a prerequisite for graduation. Consequently, the problem goes deeper than a lack of familiarity of presidential trivia. “Without an education rooted in governmental proceedings and American history, students have wavered on foundational liberal principles such as free speech,” explained Thomas Connor of the James G. Martin Center for Academic Renewal back in July 2019. “The Knight Foundation, for example, reported that 10 percent of college students believe violence is sometimes acceptable to stop someone from speaking and 37 percent believe that shouting down speakers is sometimes acceptable.”

Ignorant kids grow up to be ignorant adults. In 2015, Stockton conducted a depressing survey which discovered, for example, that only 60% of New Jersey adults were aware that the U.S. Constitution’s first ten amendments are called “the Bill of Rights.” Worse still: many of these adults vote! Bernie Sanders is actually counting on their votes. 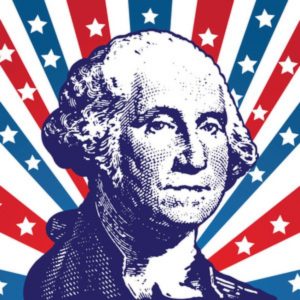 Look: I’m not one of those “more school is better school” people. Kids need time off. So do teachers.

At the same time, I can’t help but think given the indisputably bleak state of American civics and history knowledge that our kids and our country would be better served if the next generation was in school today instead of lounging, skiing, or playing video games.

I’m not suggesting business as usual. Develop a special one-day curriculum. Create a festive ‘field day’ type atmosphere. Make it a pizza day and a wear American/historical clothes day. Invite reenactors, actors, historians, judges, and elected officials to visit schools and teach the children something useful and fun about their nation’s grand history and institutions. Games! Mock elections? A field trip? To something historical? Hell, even making the kids sit there with snacks and watch ‘Hamilton’ or 1776 or HBO’s John Adams is better than nothing. There are options. Good options.

The stakes are high. “Freedom is never more than one generation away from extinction,” remarked Ronald Reagan, one of our greatest presidents. “We didn’t pass it to our children in the bloodstream. It must be fought for, protected, and handed on for them to do the same, or one day we will spend our sunset years telling our children and our children’s children what it was once like in the United States where men were free.”

It needs fought for, yes, but first it needs to be taught. No one is even trying at the moment. That’s a problem of presidential proportions. Making Presidents’ Day useful again would be a small but helpful movement in the right direction.

THE AUTHOR: Save Jersey’s Founder and Blogger-in-Chief, MATT ROONEY is a nationally-noted and respected New Jersey political commentator. When he’s not on-line, radio or television advocating for conservative reform and challenging N.J. power-brokers, Matt is a practicing attorney at the law firm of DeMichele & DeMichele in Haddon Heights (Camden County).