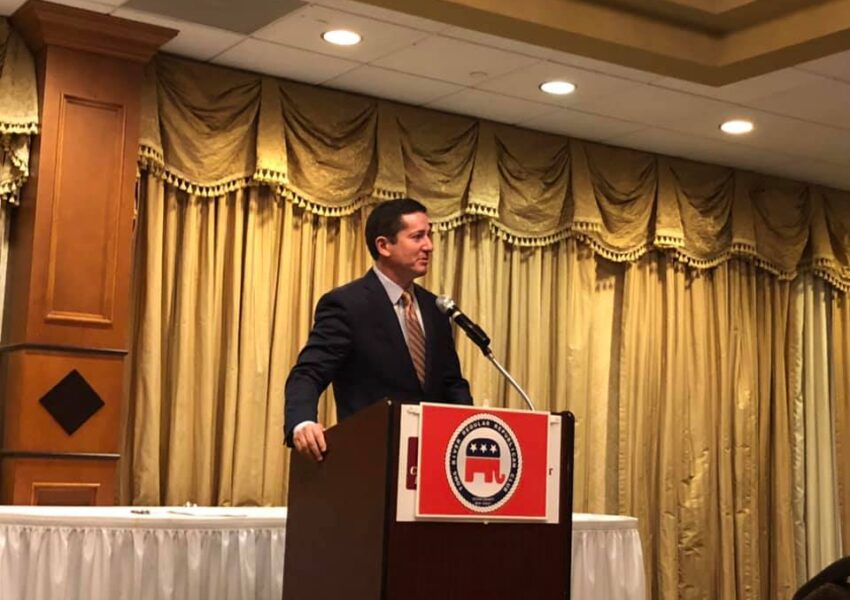 Both rival campaigns could claim some reason for confidence down the frantic home stretch.

“I am extremely grateful for the overwhelming support I have received in Berkeley Township.  As one of the largest municipalities in Ocean County, Berkeley will be one of the most influential towns in this race.  Adding their support moves our campaign that much closer to victory at this week’s convention,” said Richter.

“During her time in elected office, Kate invested in our veterans, protected the Joint Base, and fought to create good-paying jobs, while cutting taxes,” said Burns. “I’ve known Kate for several years and she is as genuine and tough as they come.  She will stand up for our district and our country.”

It all comes down to the Wednesday, March 4th committee meeting at which time each town’s GOP mayor (if there is one), a single GOP member of council (again, if there is one), and local municipal chair and local GOP club president will get to vote on which NJ-03 hopeful gets “the line.”

The club president has extra votes for each of every five voting districts inside his or her town. Legislators, county row officers and party officials – both current and former – also get to vote if they still reside inside Ocean County’s borders.