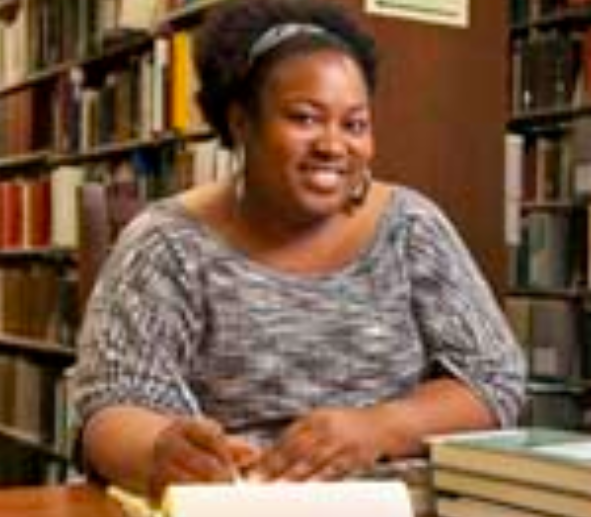 NEW BRUNSWICK, N.J. – A Rutgers professor went on an uhinged Twitter tirade on Tuesday, surmising that a growing movement to end restrictive COVID-19 lockdown measures across the country is fueled by white people who either don’t care if black people succumb to the virus or even because they disproportionately do.

“I feel like most Black people are clear that this utterly absurd to push to re-open the country is all about a gross necropolitical calculation that it is Black people who are dying disproportionately from COVID,” declared Brittney Cooper, an associate profess of ‘Africana Studies’ and ‘Women’s and Gender Studies.‘

“Not only do white conservatives not care about Black life,” Cooper continued, “but my most cynical negative read of the white supremacists among them is that they welcome this massive winnowing of Black folks in order to slow demographic shifts and shore up political power.”

“Fuck each and every Trump supporter. You all absolutely did this. You are to blame,” Cooper added near the end of her 7-tweet rant… 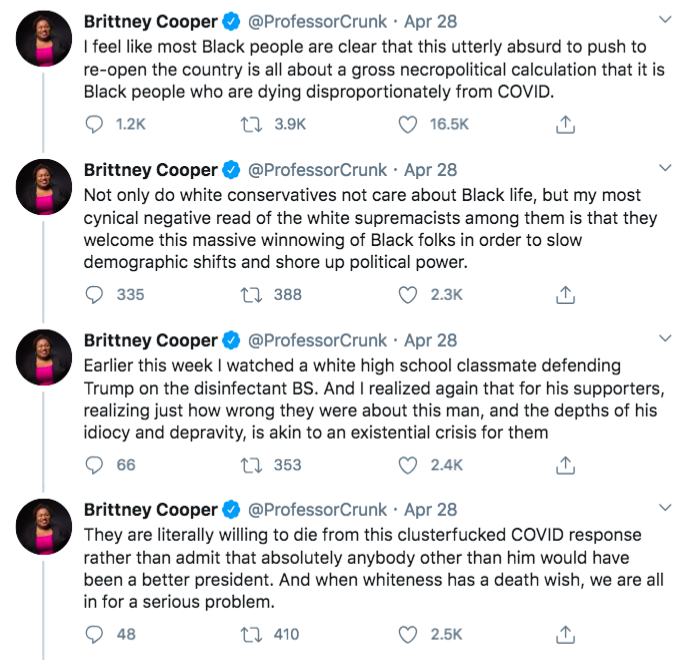 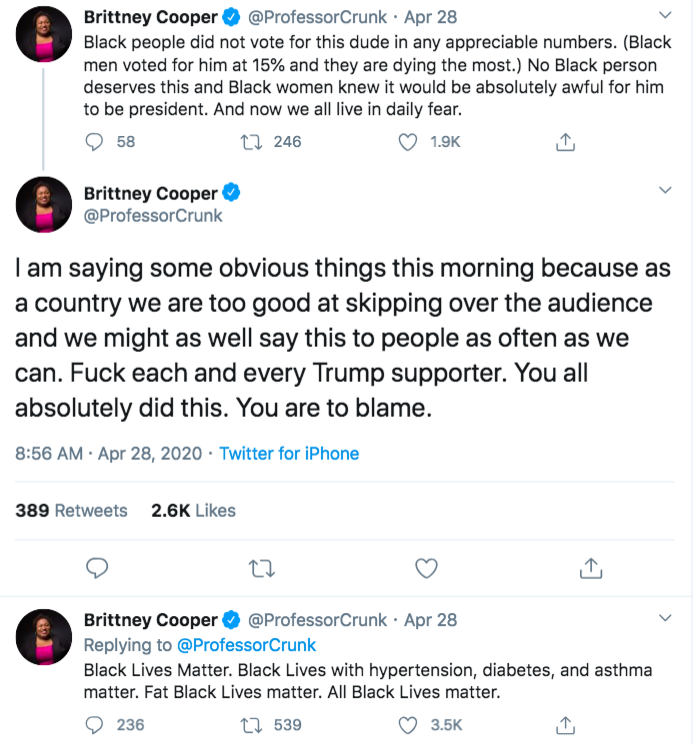 52% of victim have been white.

According to Wikipedia, “necropolitics” is “the use of social and political power to dictate how some people may live and how some must die.”