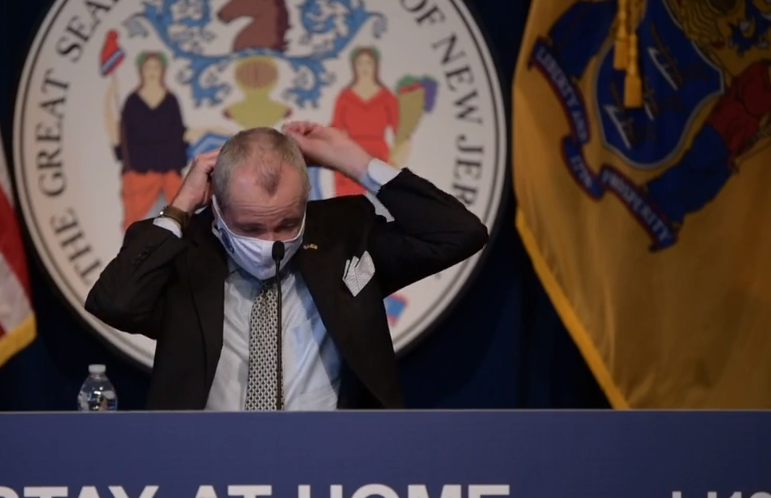 Plenty of Leftists who never knew what the World Health Organization (WHO) was (or did) a few short months ago are now in LOVE with the organization after President Trump announced we’re cutting ties with the corrupt organization this week.

I wonder how Phil Murphy feels about the WHO’s new take on masks?

“If you are healthy, you only need to wear a mask if you are taking care of a person with COVID-19,” the WHO explains in its updated guidelines.

That’s of course radically different than the CDC’s current position and, accordingly, that of the Murphy Administration. In fact, Governor Murphy has made a habit of mocking anyone who questions the logic of masks:

If the Governor simply disagrees with this latest WHO opinion? And believes, based upon what his “experts” are telling him, that masks make sense?

But Murphy’s tone is all-too-familiar to those of us who’ve been watching him since long BEFORE COVID-19 made the governor a household name in New Jersey; we know him to be an arrogant, elitist partisan, and as a mask-less shopper recently found out upon on Staten Island, wearing a mask has become more of a partisan thing than a universally accepted scientifically-necessary accessory.

Said more plainly and simply: Murphy is degrading anyone who questions the logic of masks to score political points.

How you feel about the WHO is political.

It’s also pretty darn obvious right now that the experts are STILL unsure how to combat this disease. The pro-mask CDC recently changed its mind on the risk associated with contracting COVID-19 by touching a surface or object (or your household pet). At present, Murphy is ignoring his own “road map” and making decisions on the fly. No one should be made to feel bad for questioning whether the consensus response to this pandemic was the right way to go.

Regardless of his or her feelings on mask usage, a real leader would attempt to win his citizens’ compliance rather than demand it and mock anyone who isn’t convinced.

We don’t have a real leader in Phil Murphy. That’s clear enough now if it wasn’t before.