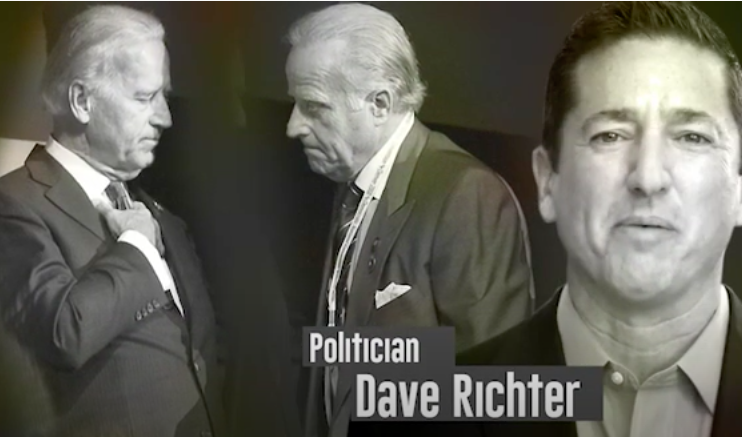 The commercial echoes the allegation in Katie Gibbs’s first TV ad that Richter and James Biden worked together to “pump business through Obama’s State Department.” Hillstone International is a subsidiary of Hill International, the company formerly spearheaded by Richter. James Biden was an employee of the subsidiary.

“It was shady, creepy, and greedy,” the Jersey Real ad alleges.

The Richter camp has gone on record disputing the accuracy of the attack.

“Yet another completely false allegation. Richter never partnered with anyone in Biden’s family. Joe Biden’s brother Jim for a time worked at a separate company in which Hill was an investor, and Jim never had any role within Hill,” Richter explained in a statement provided after the original Gibbs ad hit. “In fact, Richter advocated against making any investment in that company, the company and its management team never reported to Richter, that company never pursued any work with the State Department, and the company was eventually shut down and Jim Biden fired at Richter’s insistence.

“The only thing ‘real’ about the ad released by Bob Hugin and Jersey Real is the hypocrisy,” said Richter campaign manager Tom Bonfonti when reached for comment by Save Jersey. “Kate is a proven political loser who lost to a candidate who dropped out of the race nearly 6 weeks prior to Election Day and was a proven wife abuser. There is only one candidate in this race with a proven history of creating jobs and building our economy and that is David Richter.”

Real Jersey’s leadership naturally has a very different opinion of Gibbs and her electoral prospects.

“We said when we launched Jersey Real that we would support strong candidates who can win the tough races and who represent the diversity of talent in the Republican Party – we know Kate Gibbs is that candidate in the 3rd congressional district. Kate is a proven vote-getter and tax-cutter,” said Pete Sheridan, Consultant to Jersey Real. “More importantly, Kate has stared-down adversity in her life and fought to come out on the other side. We need that kind of true New Jersey spirit and grit representing us in Washington, DC. This ad shows clearly that Kate is the right choice to take on Andy Kim and his radical, left-wing agenda this November.”