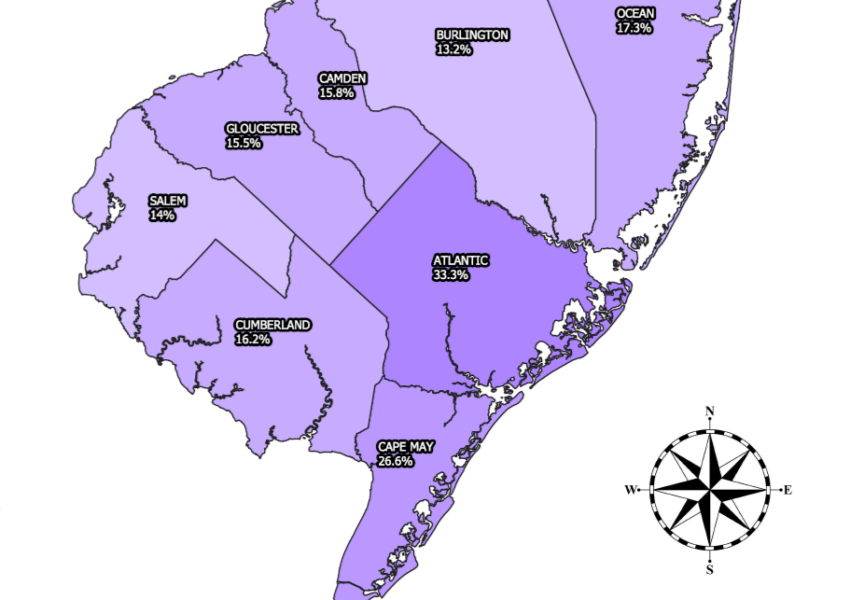 CAPE MAY COURT HOUSE, N.J. – New data from the New Jersey Department of Labor (NJDOL) confirms the staggering scope of the Garden State’s COVID-19 lockdown job losses, and the early picture is grim.

Click here for a county-by-county map prepared by the NJDOL.

The state average was 15.3%, below the Great Depression’s New Jersey peak of 33% but historic nonetheless relative to recent economic downturns.

Unsurprisingly, the hardest hit counties were casino-intensive Atlantic County at 33.3% unemployment and Cape May County – home to some of the state’s most iconic beach resorts – with 26.6% unemployment. Monmouth (15.5%) and Ocean (17.3%) fared better due to their comparatively larger year-round populations.

Statewide, the least impacted New Jersey county was Mercer (10.5%), home to the state capital of Trenton and many public employees who weren’t furloughed. The bulk of New Jersey’s jobless claims were posted between mid-March and the end of April though a larger-than-normal number of new claims were received throughout the month of May.