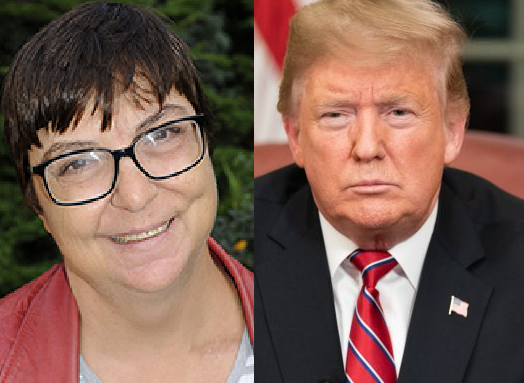 The post (which has since been deleted) is a real whopper:

“This is day one of the new SCOTUS term – the religious zealots want to enact the Christian version of Sharia law. If you voted for the orange monster with COVID, go fuck yourself. If you plan on voting for him again, unfriend me and go fuck yourself again.”

The Hunterdon GOP condemned the statement, and the post also got attention from statewide Republicans.

“President Trump earned nearly 43% of the vote amongst Mayor Driver’s constituents,” said NJGOP Chairman Steinhardt in a statement released Monday morning. “I think we all know she will never step down, but is it too much to ask for her to apologize? Her comments are bigoted and hateful and quite frankly the silence on the left speaks to the character of party leaders like Tom Malinowski and Phil Murphy who lack the courage to stand up to people in their own party.”

“What has become of us? The vitriolic language of Mayor Driver is totally unacceptable,” said 2021 GOP gubernatorial hopeful Jack Ciattarelli in a tweet. “By any elected official, it has no place whatsoever in the public discourse. I join with Chairman Plumer in calling for Driver’s resignation & urge leaders across our state to do the same.”

Driver told TAPinto Flemington/Raritan that her Facebook post had been “cropped” but she did not explain exactly how, if at all, her actual words had been manipulated or taken out of context.

“Intersex” (by the way, because I’m sure you were as confused as me) can refer to a variety of “conditions” which may “involve abnormalities of the external genitals, internal reproductive organs, sex chromosomes or sex-related hormones” according to the American Psychological Association.