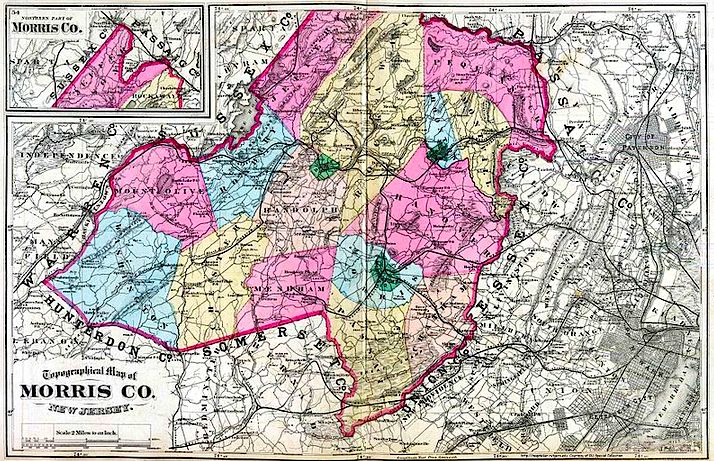 MORRISTOWN, N.J. – Donald Trump lost Morris by 4-points this year, the first time a Republican presidential nominee failed to carry the North Jersey county since 1964. Cory Booker won there, too, albeit by a far more narrow 4,775 margin.

Still, the Morris GOP says it’s feeling pretty good heading into Election 2021 notwithstanding a rough showing at the top of the ticket in 2020.

“We are so pound of all of our candidates, they faced an unprecedented election year with purpose and resolve and emerged victorious,” said Morris County Republican Chairwoman Laura Ali on Tuesday. “We are thrilled they will continue to represent the residents of Morris County.”

The MCRC reports posting 75,000 calls, 15,000 knocks, and no less than 200,000 paid text messages throughout the cycle to compliment an “analytics tracking database” to track returns and adjust GOTV efforts accordingly.

“Given this was a mainly vote-by-mail election, unlike New Jersey has ever seen, it was essential we met the challenge seriously and organized a strong grassroots campaign to inform voters of the process and ensure they returned their ballots. Our GOTV strategy started on Labor Day,” added Ali.

The trend extended beyond Morris. Local and state GOP campaigns outperformed the presidential ticket this November in many blue” and purple places.