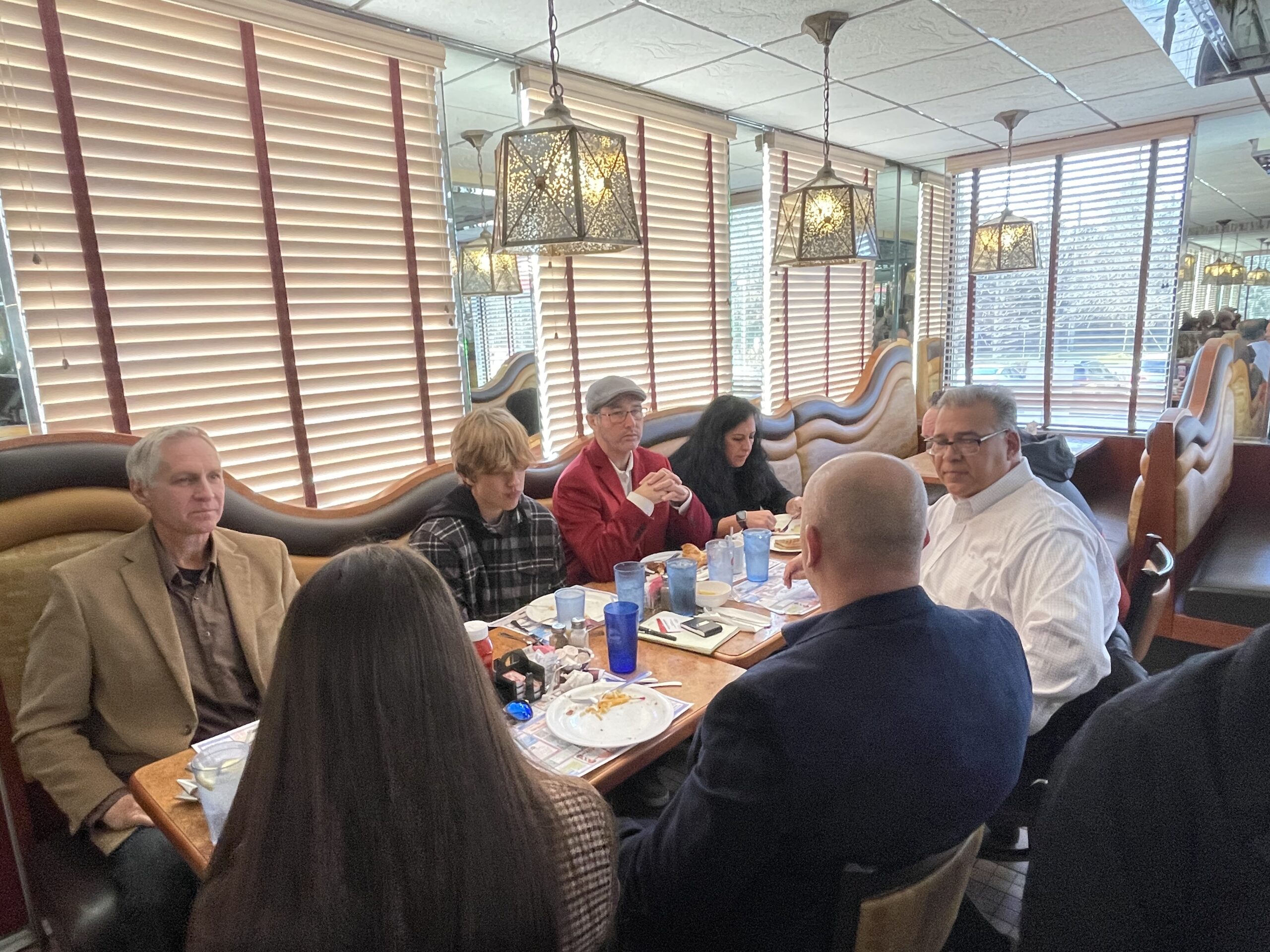 STAFFORD TWP., N.J. – Doug Steinhardt kicked off his gubernatorial campaign on Friday in the two counties which may ultimately decide the GOP nomination.

Steinhardt huddled with local Republican officials in Stafford (Ocean), Berkeley (Ocean) and Colts Neck (Berkeley) over diner fare as part of what’s being styled the “Diners with Doug” tour shortly after making his launch official. He’ll likely need to win at least one of the two populous Jersey Shore counties’ lines this winter to prevail in June.

Ciattarelli is the early favorite in Monmouth due, in part, to Monmouth GOP Chairman Shaun Golden’s well-known antipathy to Steinhardt.

On the other hand, Steinhardt might have an edge in Ocean since former county GOP Chairman George Gilmore remains a free man while he continues to appeal his criminal conviction. Gilmore is close to Steinhardt braintrust Bill Stepien, and Gilmore continues to heavily influence county politics despite his legal woes. Back in March, he was widely credited for swinging a close NJ-03 convention contest to David Richter (another Stepien candidate).

Until the lines are settled? More Parkway corridor diner visits, scrambled eggs and hot coffee are most assuredly in both men’s futures.

We kicked off our campaign with a visit to Ocean County! Thank you to Mayor Greg Myhre and Councilmen Guariglia, Henken, Steadman and Williams for joining @DSteinhardtEsq at the Stafford Diner for our first stop on the Diners with Doug tour. #LeadRight pic.twitter.com/2NenvzvGpc

Our second stop on the Diners with Doug tour brought us to the Holiday City Diner. Thank you to Councilmen Bacchione and Byrnes and all of our friends in Berkeley and Toms River for joining us. #LeadRight pic.twitter.com/B97tdGr0Q3

Our third stop on the Diners with Doug tour brought us to the Colts Neck Eatery. Thank you to Assemblywoman DiMaso, Mayor Buontempo and all of our friends in Monmouth for joining us. #LeadRight pic.twitter.com/n5auDs4jYQ