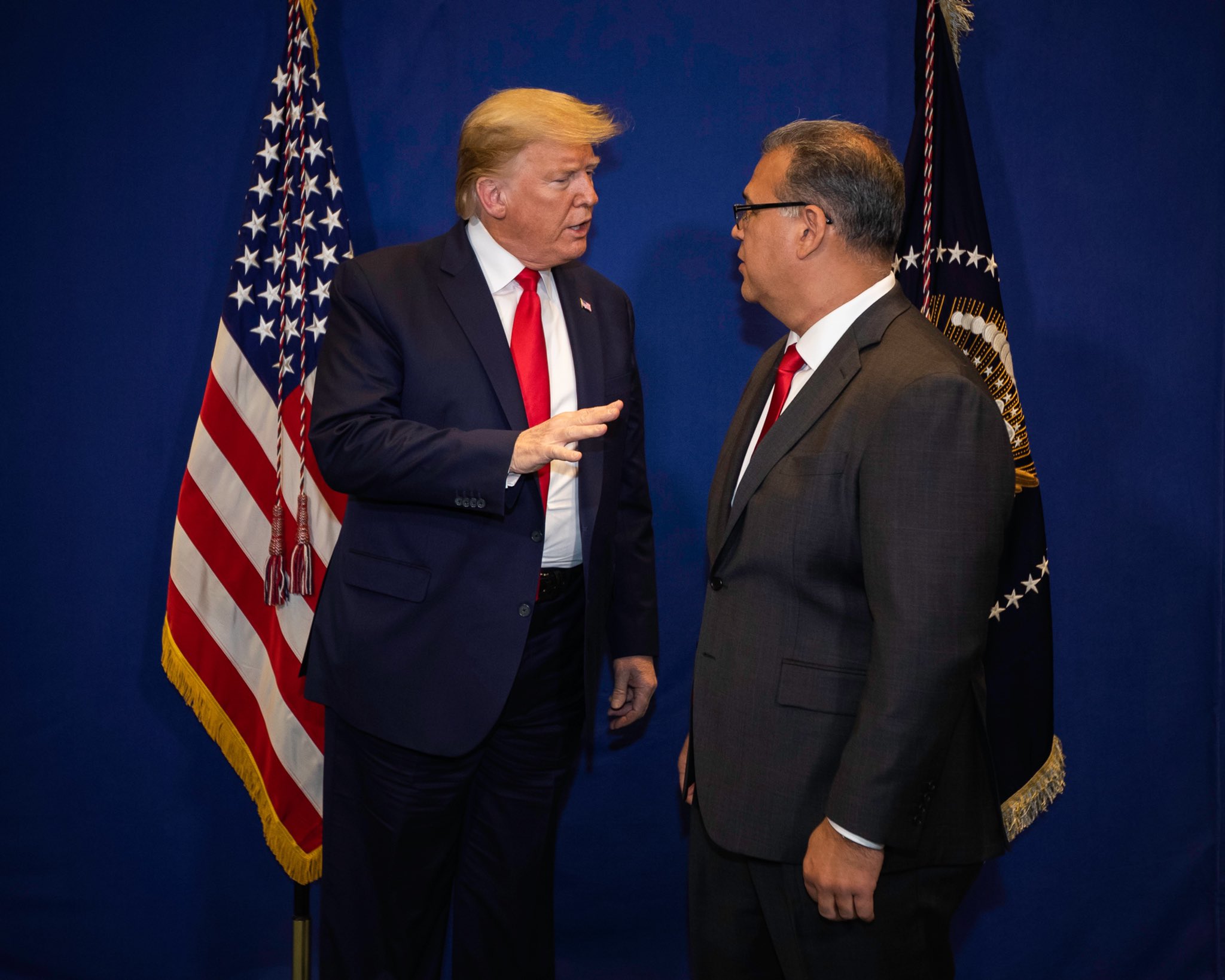 I think this is the single biggest wildcard out there in the 2021 GOP gubernatorial race, Save Jerseyans, and it’s not unlikely to drop. The soon-to-be former president has never been reluctant to wade into primaries especially if he thinks he can assist someone who says nice things about them. Doug Steinhardt’s campaign is unapologetically pro-Trump, and his general consultant (Bill Stepien) is President Trump’s campaign manager.

By contrast, Steinhardt just put out a list on Wednesday of Ciattarelli “flip flops” concerning his support of President Trump. Some NJGOP insiders have questioned Steinhardt’s campaign announcement video featuring open Trump praise and the candidate looking like he’s ready for a hunting expedition. Was that video intended for the voters? Or the man in the White House?

What effect might a POTUS nod have down-ballot? Team Murphy would tell you they’d love it; Democrats wouldn’t mind using a Trump endorsement against Steinhardt in the general if he makes it that far. But there’s a primary to win first. Trump remains strongly popular with the Republican base even here in the Garden State, and a formal Trump blessing could endow Steinhardt with money, attention, and support that would otherwise be very difficult to accrue in such a short time. A Trump endorsement could also bring surrogates like Don Jr. and Ivanka into town and possibly even neuter any possible siphoning of votes to Hirsh Singh (see below).

Historically, however, Trump’s endorsements don’t necessarily carry the day. It’s unclear whether a Trump-backed Steinhardt could overcome Team Ciattarelli if the ex-Assemblyman runs the table on some big county line battles which, again, is not improbable.

Speaking of lines, the coveted Ocean line is a jump ball at the moment. Perennial candidate Hirsh Singh nearly won the 2020 U.S. Senate primary contest – despite only winning four lines out of 21 counties – because one of them was Ocean County’s. One insider tells me it’s “a knife fight” at the moment and that’s probably true. The NJ-03 contest was close last March, and both camps are furiously working the county town-by-town at the moment.

Who wins the screening committee nod? Does the losing candidate run their own slate (remember: the gubernatorial contest tops the ticket this year)? Does ex-Chairman George Gilmore (who is currently out of jail pending appeal) stay free long enough to help Steinhardt (Gilmore is a long-time booster of Stepien)? Does state Senator Jim Holzapfel retire and trigger a second primary fight that spills over into the gubernatorial nomination fight? Stay tuned.

What’s clear: if Ciattarelli wins Ocean (toss up), Monmouth (lean Ciattarelli) and Morris (see below)? The math is brutal for Steinhardt unless he can raise enough money (and/or get that Trump boost) to improve his chances of winning off the lines.

3 – Does Morris County adopt a line?

Morris County’s GOP committee members will convene (via Zoom, of course) on Saturday, January 16th at 10:00 a.m. to decide whether they’re going to finally award a county line. It’d be a big change for the populous Republican-controlled county traditionally selected its candidates in free-for-all primaries. The county chair Laura Ali says a line will help strengthen the organization at a time when Democrats are increasingly challenging the GOP’s grip.

“Faced with these realities, I believe that the time has come for us to respectfully modify the way in which we operate our endorsement practice,” Ali wrote when announcing the proposed bylaw changes. “Campaigns are run no differently than any other business enterprise and in order for our future campaigns to better allocate their limited financial resources, we can no longer afford to have nasty and expensive primaries which pit Republicans against other Republicans. We need to both raise money and preserve it as best as we can, thus allowing Republican candidates from the top of the ticket on down to focus on the ultimate goal … prevailing in general elections. The Democrats should be our only opponents.”

Not everyone agrees of course, including our friend and contributor Erica Jedynak. We’ll see what happens.

What we do know: Jack Ciattarelli has a strong edge in the battle for Morris establishment support. If Morris has a line? That’s probably good news for Ciattarelli.

Unpopular opinion: I think Republicans are underestimating Singh and his (relatively) sizable online following. The perennial millennial candidate out of Atlantic County has repeatedly disappointed expectations (even in races like 2018, when he was the party’s preferred candidate in NJ-02); he’s never raised the money he was expected to fetch in any of his three previous bids for high office. That being said, the charismatic and obsessively dedicated-to-running Singh now has some name recognition from his prior runs, and he’s fiarly popular with the state’s hardcore MAGA community. It’s not crazy to imagine a scenario where Singh finishes second in a number of counties and maybe even wins one or two (like Salem or Sussex) where there isn’t a proper line.

The conventional wisdom is that Singh hurts Steinhardt more than Ciattarelli (since they’re both in the “Trump lane”) but that’s the funny thing about spoilers: their impact, when it actually materializes, is often unpredictable.

Back in November, the people of New Jersey adopted a constitution amendment DELAYING the legislative redistricting process (meaning we wouldn’t get a new map until 2023) if U.S. census data arrives after February 15th. What if the data’s arrival upsets expectations and shows up before February 15th? Nominating conventions might be delayed to permit the redistricting committee to hash out a new map. Whether some counties would proceed with a gubernatorial/county convention and then hold a separate legislative convention later is a better question for the lawyers (don’t look at me – that’s not my practice area).

A prolonged primary nominating timeline could give Murphy license to push back the primary itself (for the second year in a row, albeit for a different reason this time) and help… Murphy.