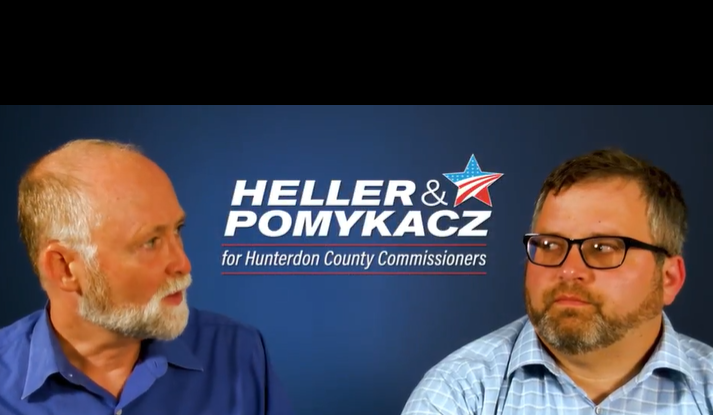 It’s one of those “you need to see it to believe it” sort of things, Save Jerseyans.

This year’s county commissioner candidates endorsed by the Hunterdon County Democratic Committee – Patrick Heller and Mark Pomykacz – are far-Left radicals. That’s nothing remarkable in the context of 2021 political discourse. The duo still managed to shock and push the boundaries of crazy on the 20th Anniversary of September 11, 2001, citing “far right extremists” as the culprits behind the terror attacks that claimed 750 New Jersey lives.

“Today will be hard for many Americans who still remember the grief and loss. No American was unaffected by the atrocity of 9/11. Everyone can remember where they were when they heard the news. Let’s never forget what far right extremists are capable of,” read a 9/11 post on the candidates’ official campaign Facebook page: 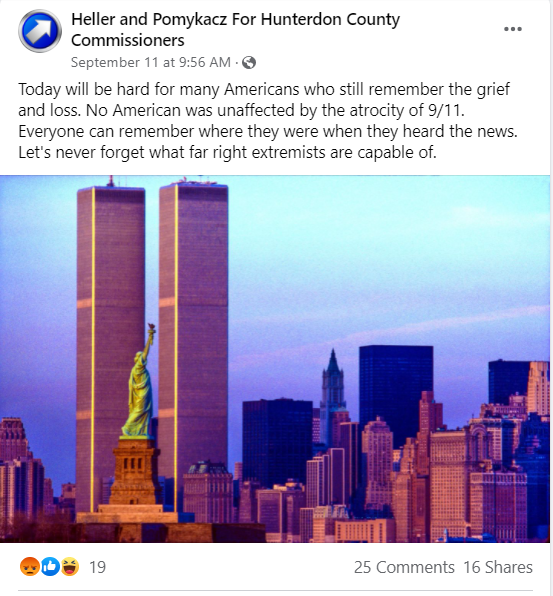 For those of you who weren’t born? Or who learned history from a woke NJEA goon? The 9/11 terror attacks were, of course, perpetrated by radical Islamists who don’t belong on the U.S. political right vs. left divide. It wasn’t a “right wing extremist” conspiracy. The Taliban-backed hijackers are now dead and rotting in hell two decades later, but their equally insane allies are now once again in charge of Afghanistan – where the 9/11 attacks where planned – thanks to the policies of Joe Biden.

“While Hunterdon Officials were honoring first responders, our troops, and those who tragically lost their lives on 9/11, Democrat County Commissioner candidates were using the 20th anniversary of a national tragedy to drive a political wedge between Americans,” said Hunterdon County GOP Chairman Gabe Plumer in a statement provided to Save Jersey. “This should be a time of national union and reflection, when we seek ways to find what unites us, not what divides us.”

“Equating Americans on the political right to vicious terrorists who murdered nearly 3,000 Americans on 9/11 is a new low,” Plumer added. “I call on the candidates to apologize and retract this deeply offensive and divisive statement.”

They may be Alex Jones-levels of crazy and disgustingly divisive, Save Jerseyans, but they are on theme with the top of their 2021 Democrat ticket.

Governor Phil Murphy launched his second TV ad of the general election on Wednesday; it doesn’t address taxes, COVID-19 nursing home deaths, or any other pressing issues but, rather, white supremacy and the January 6th Capitol Hill riot.