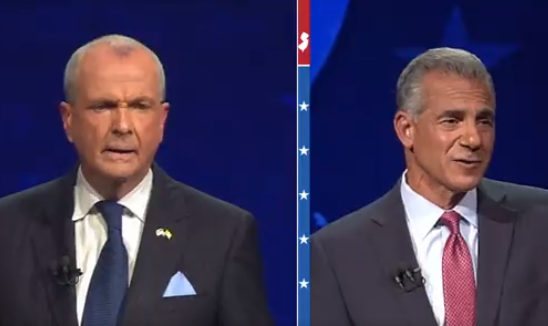 Stepien’s analysis comes by way of a post-mortem memorandum released by his consulting firm National Public Affairs (NPA) and obtained exclusively by Save Jersey. The memo contains thought-provoking data obtained by the popular and well-regarded pollster Cygnal conducted post-Election Day; it’s the first look most election watchers have had at New Jersey’s Election 2021 since the race itself – deemed uncompetitive by the mainstream media – didn’t feature any exit polling like we saw in 2009 and even 2017.

“With a national political climate that elected Republicans all across the country earlier this month, even in deep blue environs like Seattle and New York City…plus a severely weakened incumbent Democrat governor, Phil Murphy was ripe to be picked off,” the NPA memo explains before delving into some interesting results from the Cygnal survey that includes the opinions of 522 voters polled between November 16th and 17th.

For example, Cygnal’s data indicates illegal immigration and Critial Race Theory would have been “messaging gas pedals” for Ciattarelli who fell short statewide by about 3-points. Murphy is a champion of CRT curriculum as well as goodies for illegal aliens including subsidized lawyers, taxpayer-enhanced tuition and driver’s licenses without proof of citizenship; Ciattarelli never made critical race theory a central focus of his campaign like Governor-elect Glenn Youngkin did down in Virginia, and the GOP nominee surprised many supporters by changing his position and endorsing driver’s licenses for illegals during one of two general election debates with Murphy. Ciattarelli’s primary campaign message remained “fixing” New Jersey and, specifically, Murphy’s elitist disregard for the Garden State’s horrendous tax climate. Was it the right focus?

“In a lower turnout off-year election, these issues could have expanded the GOP electorate with
1-of-4 voters (70% more enthusiastic due to CRT/Immigration), a voting group that voted
overwhelmingly for the Republican (62-38%),” the NPA memo explains, adding that Cygnal found 74% of polled female Independents wanted to hear more from the gubernatorial candidates about CRT and immigration-related topics.

Another interesting finding: a super-slim 4% of polled Ciattarelli voters reported voting “for” the Republican as opposed to 83% who were primarily motivated with general dissatisfaction concerning the trajectory of New Jersey and the country. By contrast, 48% of Murphy voters reported casting their ballots FOR Murphy and/or AGAINST Ciattarelli.

There’s more in there, too, including analysis concerning Murphy’s alleged 23-point win (!) with senior citizens, a finding which – if true – means a stronger and sharper pushback against the incumbent’s COVID-19 narrative may’ve made a difference. That particular finding might be among the poll’s most curious findings (remember: this is a poll, not actual data) since Ciattarelli did very well at the Jersey Shore which is precisely where you’d expect to see a Republican underperform had he done poorly with senior voters. Did Jack run up the score in places like Ocean County with non-senior voters resulting in a wash? Or is the poll simply wrong?

We won’t know more until we see detailed voter data later this winter, a point which detractors of the NPA analysis say undermines the credibility of the analysis.

The full NPA memo can be viewed here.

In response to the NPA memo, Chris Russell shared his own rebuttal memorandum with Save Jersey (click here) on Tuesday evening, and Russell (known for having sharp elbows) didn’t hold back.

“NPA’s dishonest and self-serving memo merits a direct response based on facts and reality,” wrote the veteran N.J. operative, a principal and co-founder of Checkmate Strategies who helmed Ciattarelli’s 2017 and 2021 gubernatorial campaigns. “Moreover, it should be noted that the memo’s author decided to launch this criticism despite having 1) steered a credible candidate for governor into such an untenable strategic position that the campaign was forced to fold within a month, after years of careful planning by others; 2) repeatedly failed to flip (or even try to flip) legislative seats from blue-to-red despite a leading role in the party for years and countless opportunities; and 3) is keenly aware that all of the actual data required to do a credible, well-intentioned deep-dive on 2021 – one that could help the NJGOP build on our historic success this year – doesn’t even publicly exist yet. That fact alone renders this critique as an opinion piece masquerading as analysis – and about as instructive as the public polling was in New Jersey this cycle.”

The “credible candidate” line refers to Doug Steinhardt, the former NJGOP chairman and current Warren County chair who unexpectedly ended his own gubernatorial primary candidacy early in the 2021 cycle.

In evaluating Stepien’s 2021 conclusions, Russell argues that “the [NPA] memo’s central implication – that the Ciattarelli campaign didn’t do enough to attract or motivate conservative voters – is demonstrably false and easily disproven. Our campaign rolled up some of its biggest margins in the reddest parts of the state,” including larger percentages of the vote than President Trump in 2020 and Chris Christie in 2009. Russell further cited down ballot gains in South Jersey county governments, legislative districts (notably LD2, LD3, LD8, and LD11), and over 100 local Republican victories as evidence of what he insists was a successful strategy.

Issues and environment aside, it is undeniable that aspects of New Jersey’s political environment have grown daunting since Stepien captained Chris Christie’s successful challenge to Jon Corzine in 2009. The gap between registered Republicans and Democrats has grown in the Democrats’ favor by about 300,000 voters over the past 12 years. Formerly powerful GOP organizations in Burlington and Somerset County are also now non-existent, and Ciattarelli’s losses in those two counties (carried twice by Christie) helped doom his campaign. Jack actually ran ahead of Republican legislative candidates in most battleground districts (like 2, 3 and 8), but my read of the unofficial results is that he lost Somerset-centric LD16 where he used to serve as an assemblyman. Weak Ciattarelli margins in inner-ring suburbs and especially North-Central affluent burbs in Burlington, Somerset, Morris and Middlesex counties doomed the campaign.

“The reality is that the Ciattarelli campaign fell short due to a severe disparity in outside spending and a softening of support among moderates (Republicans, Independents, and Democrats) in areas such as Morris and Somerset counties, as well as affluent, suburban areas in Union, Camden, and Burlington counties,” he added. “That said, it is clear that for Republicans to win again statewide, the Ciattarelli campaign’s strategic model is the right one to build on in the future.” One example: Haddonfield (in Camden County) was once a GOP stronghold but went 2-to-1 for Murphy. 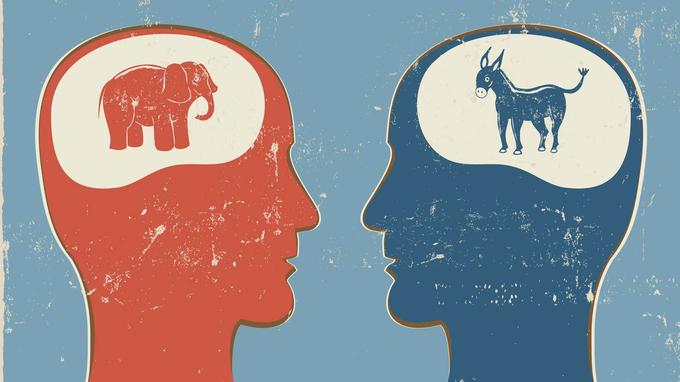 To illustrate his “disparity in outside spending” point, Russell noted that a comparison of the 2020 presidential election results and 2021 gubernatorial election results show “Jack Ciattarelli swung New Jersey (+12.6%) to the Republican column more than Youngkin (+12.1%) swung Virginia” notwithstanding more robust national Republican investment in Virginia relative to the Garden State.

Needless to say, Stepien disagrees with Russell and asserts that the Ciattarelli narrative is tantamount to denial.

“If New Jersey Republicans didn’t win this year in this environment, they really need to re-examine who they’re running, what they’re saying and how their campaigns are being run,” countered Stepien. “The data shows that 96% (!) of Ciattarelli voters cast their ballots for reasons other than support for their guy – this is an astounding finding, but not a surprising one to New Jersey voters, who mostly voted for Ciattarelli because he happened to be the generic Republican candidate atop this year’s ticket. Even worse, it’s clear that a messaging pathway existed to transform a generic candidacy into a winning one. New Jersey Republicans need to get greedy again and end their contentment with losing.”

Concerning Ocean County specifically, Stepien notes that red behemoth actually underperformed its percentage gains versus 2017. Jack increased his statewide margin by 6.1-points over Kim Guadagno but only 5.4-points in Ocean.

You can read the Russell/Checkmate rebuttal memo here.

Whose analysis is closer to the mark?

As ever I leave it to you to make up your own mind, Save Jerseyans, but consider that this might not be a zero sum game. Yes, Ciattarelli 2021 clearly accomplished some things (like coattails in battleground legislative districts) that other recent Republican campaigns and even Christie himself failed to generate. Yes, more outside investment and earlier investment might’ve helped. At the same time, it’s definitely worth discussing whether bolder colors campaigns are the way to break back into lost suburban territories – both “blue collar” and more affluent burbs – which Jack Ciattarelli was clearly unable to bring back to the Republican fold this fall with his tax-centric messaging.