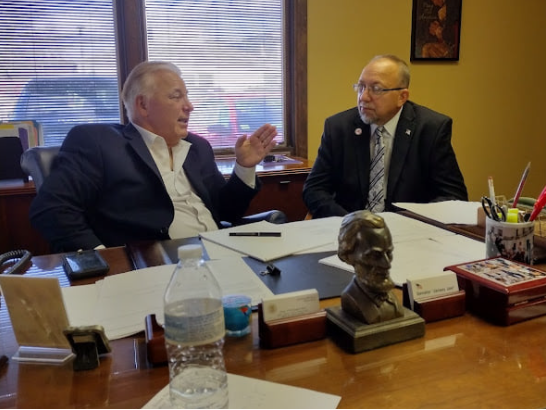 Steve Sweeney has conceded and the hard work of governing for State Senator-elect Ed Durr is underway, Save Jerseyans.

On Tuesday, he trucked up from Gloucester County to North Jersey with newly-minted Chief of Staff Nicholas Sereday to meet with State Senator Joe Pennacchio (R-26) and his own staff. Durr is likely to join Pennacchio as one of the State Senate’s most conservative members when the new legislature convenes in January.

The new GOP caucus – led by Steven Oroho (R-24) will be 24-16 Democrat, a net gain of one GOP seat relative to the current composition of the upper chamber.