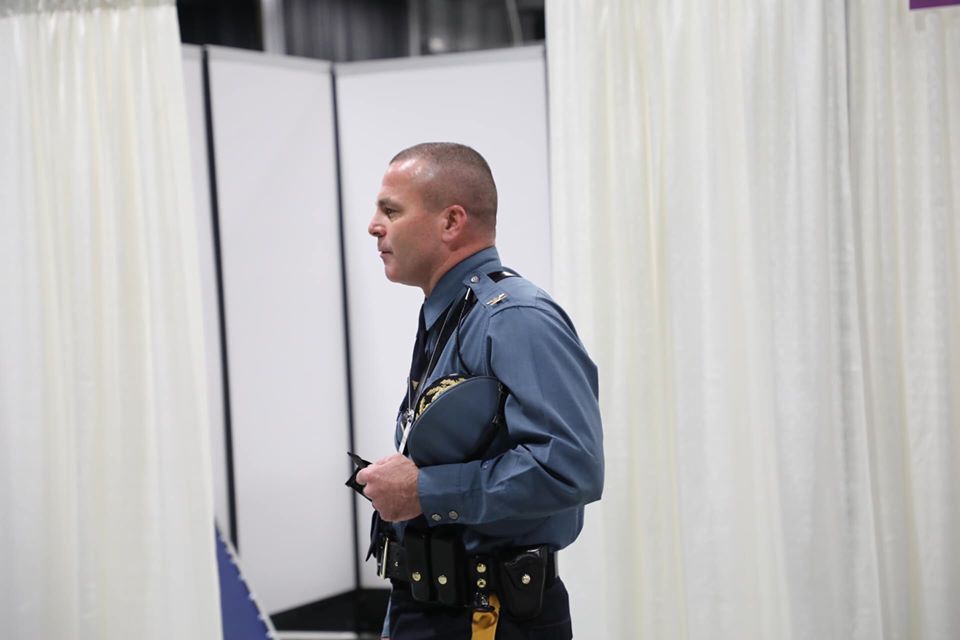 It might be an unusually interesting Thursday in Trenton, Save Jerseyans, when lawmakers return to the State House and two plus dozen of them – all Republican – may be denied entry by the New Jersey State Police. How it all plays out remains to be seen.

“I would have a hard time envisioning troopers handcuffing anyone, but I do think they’d have the ability to refuse entry for those men and women,” NJSP Colonel Pat Callahan, chief enforcer of some of Murphy’s most draconian 2020 policies, explained during the governor’s Monday presser. “It’s certainly something I would consult with the Attorney General’s office on, and would certainly do that if the issue arises.”

What brought this on?

An entity known as the State Capitol Joint Management Commission recently adopted a policy that goes into effect on December 1st; pursuant to the policy, State House access will be denied to anyone who isn’t either vaccinated or who has tested negative in the past week. There’s no exclusion in the policy for legislators which makes the rule unconstitutional on its face. New Jersey’s state constitution specifically provides that “members of the Senate and General Assembly shall, in all cases except treason and high misdemeanor, be privileged from arrest during their attendance at the sitting of their respective houses, and in going to and returning from the same.”

Assemblyman Christopher DePhillips (R-40) says part of the problem is the composition of the Joint Management Commission; he’s sponsoring a bill to increase legislative representation on the commission from four to eight members and, in so doing, removing the four executive branch seats.

“It is imperative that we give lawmakers who were elected to serve as the voice of their constituents a seat at the decision-making table. Any matters that concern the legislative process and people’s ability to participate fully in that process must include legislators,” said DePhillips. “The governor’s office does not even occupy the capitol complex, but they want to tell the legislative branch how to operate. They are completely overstepping their authority and attempting to derail democracy.”

For now, signs are going up around the capitol complex and Republican leaders in both chambers are expected to seek a court injunction ahead of Thursday’s session.

The GOP nevertheless lacked consensus on the best way forward a mere 48 hours out (to the surprise of no one who follows New Jersey politics). With or without a court order, some members plan to either no-show or simply walk into the building and put the ball into the troopers’ court. Others were committed to no-showing on Thursday but wouldn’t sign on to a prolonged protest. I’m told by reliable State House sources that at least three Republican Assembly members – Jon Bramnick (R-21), Nancy Munoz (R-21), and Aura Dunn (R-25) – are not on board with sitting out the session.  A fourth – DeAnne DeFuccio (R-39) – apparently plans to participate remotely if it comes to that.