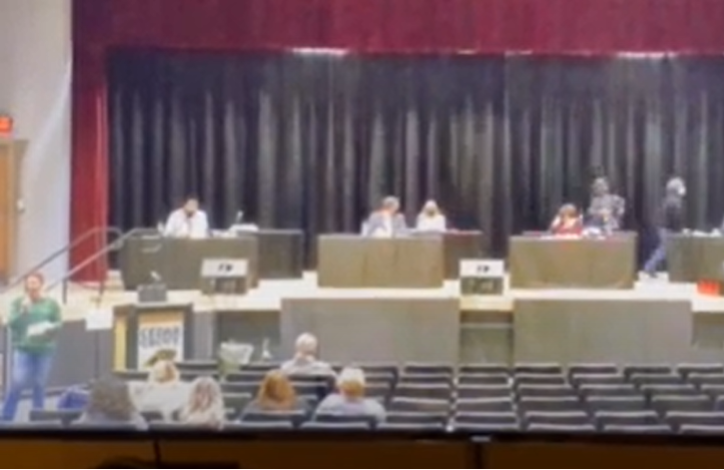 There’s been plenty of dramatic moments at American school board meetings over the past year, Save Jerseyans, but the goings on at Cedar Grove’s November 16th meeting might win the “sheer arrogance” category.

Six petitioners led by Cedar Grove parent Patricia Montana filed an administrative action over a wildly inappropriate “equity and diversity” survey distributed to high school, middle, and elementary school students following the 2020-2021 academic year. The survey, which the petitioners say violated applicable rules, included inquiries into the children’s “race,” ethnicity,” “gender identity” in addition to very personal questions like “[d]o you feel school is a safe place?” The petitioners primary concern, however, was the fact that the survey was not voluntary.

On November 15th, an administrative judge ruled in the parents’ favor.

“I CONCLUDE on the basis of the undisputed facts and the law cited above that the legal requirement of the state education law, N.J.S.A. 18A:36-34, was triggered and this survey was not voluntary,” New Jersey Administrative Law Judge Gail Cookson explined in her decision. “I also CONCLUDE that the appropriate remedy is to discard the surveys and all results derived therefrom from the District’s website, student records, the EDAC, and to similarly extend and advise any other entity with whom the surveys or results were shared of this requirement, which entities must be disclosed.”

The next day – November 16th – Montana was the first up during the scheduled school board meeting’s public comment period. She rose to criticize what she categorized as an inaccurate recap of the administrative decision by Superintendent of School Anthony Grosso.

Mere moments into Montana’s remarks, two school board members rose from their seats and casually walked off stage. Then BOE President Christie Dye announced that there was no longer a quorum and abruptly brought the meeting to a halt amid a chorus of boos from the attendees:

Louis Marzullo and Dawn Daura – for whom Montana served as the campaign manager – won a landslide victory this November for two Cedar Grove school board seats.

One of the two losing candidates (Nicole DiChiara) also happens to be one of the two school board members you see existing the stage in the video above.

It looks to me like Cedar Grove parents made the right choice.

FYI – I interviewed Patricia Montana on this week’s Matt Rooney Show on 1210 WPHT. Click here for some excerpts and a little extra background.