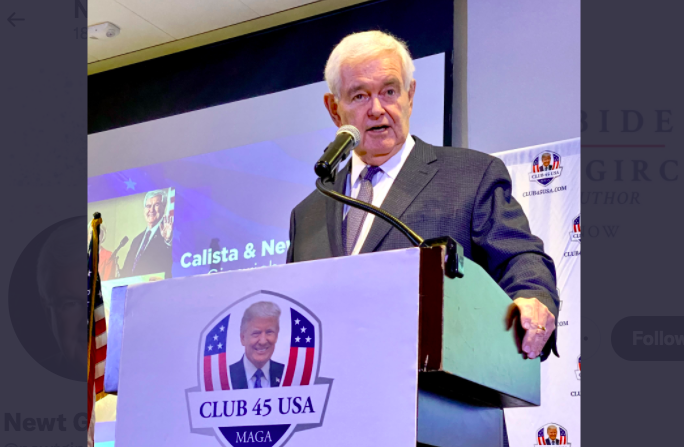 Congressman Chris Smith notched endorsements from former Speaker of the House Newt Gingrich and his wife Callista Gingrich who served as U.S. Ambassador to the Holy See under President Donald Trump.

“I am proud to endorse Congressman Chris Smith, an effective lawmaker who works in the trenches every day to protect democracy, religious liberty, individual freedom, entrepreneurship, growth and prosperity,” said Gingrich in a statement shared exclusively with Save Jersey.

“Chris is a frontline veteran of the Reagan revolution and fought with me for the Contract with America, bringing conservative principles and leadership to the US Congress. He fights hard for his constituents at home and to defend American values abroad,” continued Gingrich. “We need Chris Smith’s vision, experience, and outstanding leadership, now more than ever to defeat the Big Government Socialist agenda.”

“Both Callista and Newt have made remarkable contributions to our Nation through their hard work and effective public service,” Smith said. “I am grateful for their support and look forward to continuing to work with them to defend America and ensure our nation is safe, secure, prosperous and free.”

Gingrich initially entered Congress in 1979 two years before Smith did in 1981, the same year as Reagan’s first inauguration.

The ex-speaker is now a frequent contributor on cable news programs while Smith, his former colleague, is seeking relection for the 21st time and facing a primary challenge from multiple candidates.