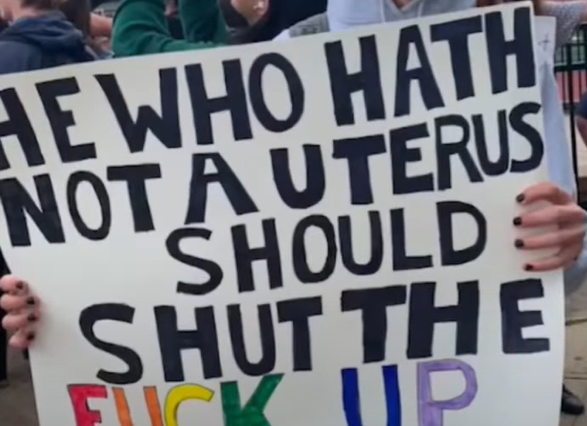 I’m not a big fan of the Monmouth Poll given some of its major recent misses, Save Jerseyans, but if we assume (as you should) that Patrick Murray’s organization wants Democrats to win, then that makes these most recent results all the more intriguing.

Needless to say, abortion is far down on respondents’ respective priorities lists:

“Nearly half of the public names either inflation (33%) or gas prices (15%) as the biggest concern facing their family right now. The economy in general (9%) and paying everyday bills (6%) are among other financial concerns mentioned. Abortion, which has registered less than 1% on this question in prior Monmouth polls going back to 2015, is currently named by 5% – predominantly among Democrats (9%). Inflation and gas prices are the top two family concerns across a wide variety of demographic groups, including income, race, and partisan identity. Inflation as a top concern emerged in Monmouth’s July 2021 poll at 5% and then grew to 14% in December, before more than doubling in the current poll. The current poll is also the first time that gas prices are mentioned by more than a handful of Americans as their predominant issue. One year ago, the poll registered a wider variety of top issues, including the pandemic (17%), the economy (11%), everyday bills (11%), health care costs (7%) and job security (7%).”

So there you have it…

Democrats hoping for a massive post-Dobbs turnout among pro-abortion suburban voters may end up disappointed in November. Americans simply have bigger concerns at the moment than abortion.