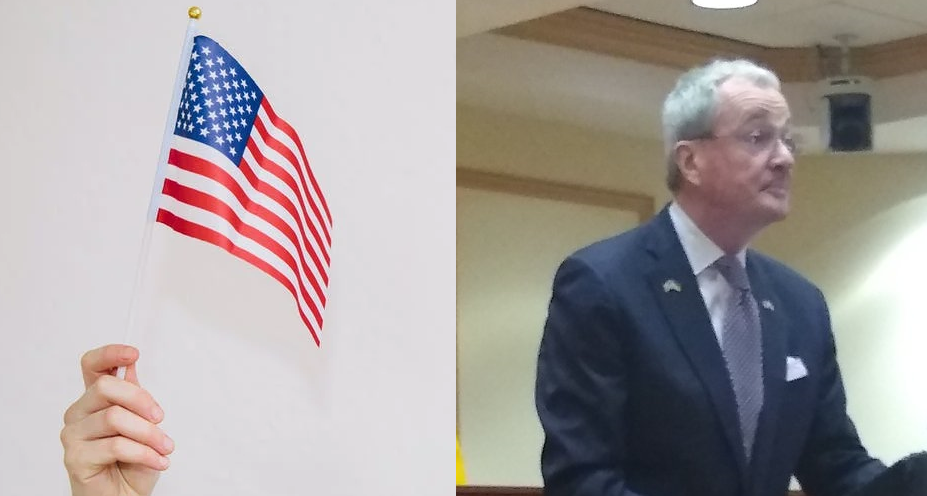 Phil Murphy is leaving New Jersey on Tuesday night for his Italian villa, Save Jerseyans, but before he did, the wannabe presidential candidate dropped in on CNN’s “New Day” program and stuck his foot firmly inside his mouth.

“Governor, I know you see that celebrity women and many non-celebrity women who found that the idea of celebrating independence was actually insulting after the Supreme Court decision. What do you think about that?” host Brianna Keilar asked Murphy.

“I mean, who could blame them?” Murphy replied.

Then he tried to walk it back a bit.

“God bless America. We still are, let’s not forget, the greatest nation on Earth, but war has been declared by a right-wing Supreme Court bloc against American women,” Murphy added. “And, by the way, they have likewise allowed us to overnight become a lot less safe due to concealed carry gun laws and look at the tragedy that happened yesterday in Highland Park. So we are a great nation, but we are in challenging troubled times right now. And women, especially, are playing a huge price.”

I JUST WROTE about this sort of thing earlier today before I saw the Murphy clip, Save Jerseyans:

Democrat politicians who can’t unconditionally express love for America at least in part because the Democrat base’s love for the country is conditional.

“If Phil Murphy’s only reaction to Independence Day, a day which is supposed to commemorate the uniqueness of our American freedom and democracy, is to besmirch out country, her institutions, and to say that “war” has been declared by the Supreme Court on the American people, Phil needs to not only seriously rethink his presidential ambitions, he also needs to take some time out of his vacation to his Tuscan villa this week to apply for Italian citizenship,” responded NJGOP Executive Director Tom Szymanski after Murphy’s appearance.

“The people of New Jersey and America will not be lectured to by a failed governor who has driven our state into the ground and has blood on his hands. Remember it was Phil Murphy who ignored CDC guidance and killed 8,000 seniors and veterans by locking them into nursing homes with COVID-positive patients,” Szymanski continued. “Remember it was Phil Murphy who used COVID as an excuse to let violent criminals out of jail early, who went on to brutally murder five people. And it is under Phil Murphy’s watch in which New Jersey is at the bottom of the barrel when it comes to economic growth and affordability.”