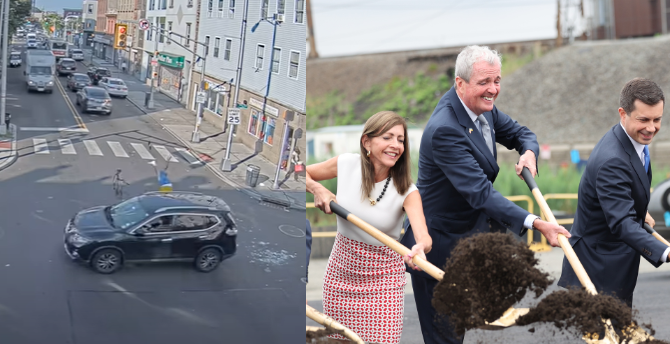 New Jersey’s Democrat elite turned out for the groundbreaking of the Portal North Bridge on Monday, Save Jerseyans, but their leader (Phil Murphy) was reluctant to weigh in on another big Hudson County story.

Confronted by a reporter about Jersey City Councilwoman Amy DeGise’s hit-and-run, Governor Murphy flatly refused to call on her to resign:

In other words, he's not asking her to resign. Good job @DavidCruzNJ. pic.twitter.com/gKuUwoC08V

Many of his own hiring decisions rank among the more infamous personnel choices in gubernatorial history. The company you keep, right?