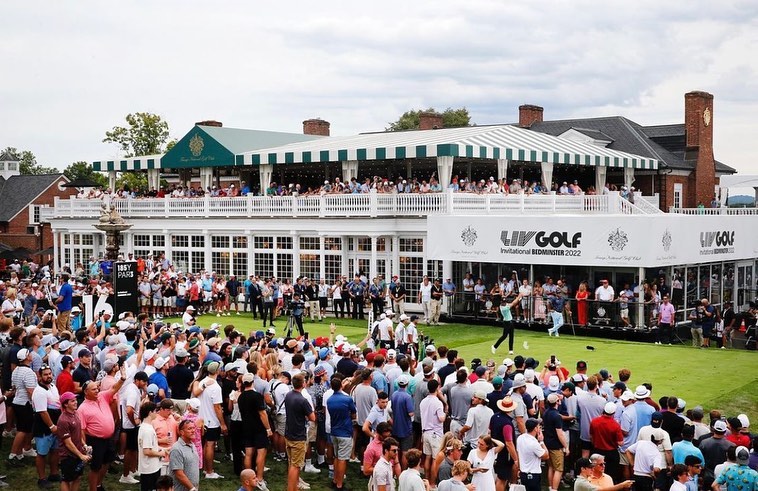 A decent percentage of my income is derived from freelance video production gigs at sports events. As such, I’ve worked at a Super Bowl, a few PGA Championships, the U.S. Open (tennis and golf), the NBA Finals, Stanley Cup Finals, and thousands of other sports events as a part of a video production crew or as a video journalist. I’ve thoroughly enjoyed my career in media production even though it has often taken me away from my family.

Last month I was booked to cover the LIV Golf Invitational at Trump National in Bedminster, New Jersey. Trump National is a top-notch golf course that had originally been booked to host this year’s PGA Championship – an event that would have brought hundreds of millions in (taxable) revenue for New Jersey businesses as well as millions in taxable income for those who worked the event. I was slated to cover all seven days of the PGA Championship. The PGA, however, chose to move the event out of state, costing the state millions, costing businesses tens of millions, and costing people like myself thousands.

When the PGA abandoned New Jersey, our state’s leaders – almost all Democrats – had nothing to say about it. Deep down, they were probably happy to spite former president Donald Trump. The fact that many New Jersey workers like myself, on the heels of losing 18 months worth of freelance income to the pandemic, were out thousands due to the relocation of the PGA Championship did not matter to our democrat politicians. The only thing that mattered was a Trump golf course losing a prestigious event.

This is beyond sad. In their zeal to spite one man, hundreds – even thousands – suffered, and Democrats didn’t give a damn about us.

Thankfully, I made up some of the lost income covering the LIV Golf Invitational and the Friday morning protest of the event a few miles away. The course was beautiful. The former president was a great host, signing autographs and posing for pictures with fans. He was accommodating to the media as well, giving me and another videographer a few minutes of his time to answer a few questions.

Personally, it was great to get back to covering a golf tournament for the first time since 2019 and to earn some money. Unfortunately Democrats are out to spite Trump again even though it will mean loss of wages for myself and hundreds of others who made money last month at LIV Golf.

Petty Democrat state senators Dick Codey and Andrew Zwicker have decided to introduce legislation to ban any sports events in New Jersey that are backed by “a sovereign wealth fund,” meaning the Saudis, who back LIV Golf. This legislation is aimed at Trump National Bedminster because I am quite sure Saudi-owned thoroughbreds will still be racing at the Meadowlands and Monmouth Park.

Of course, I don’t recall hearing Codey or Zwicker complaining about Joe Biden’s flight to Saudi Arabia days before the LIV Golf Invitational to beg the Saudis for more oil. They don’t mind spending our money over there for oil. But then, New Jersey Democrats mind being seen as hypocrites as little as they mind cutting the wages of hard-working New Jersey citizens by limiting their ability to work.

A husband, father and Piscataway resident, Joe Schilp joined the Rutgers University Exercise Science and Sport Studies Department as adjunct faculty member in 2010 after 20 years in the sports and event presentation industry.