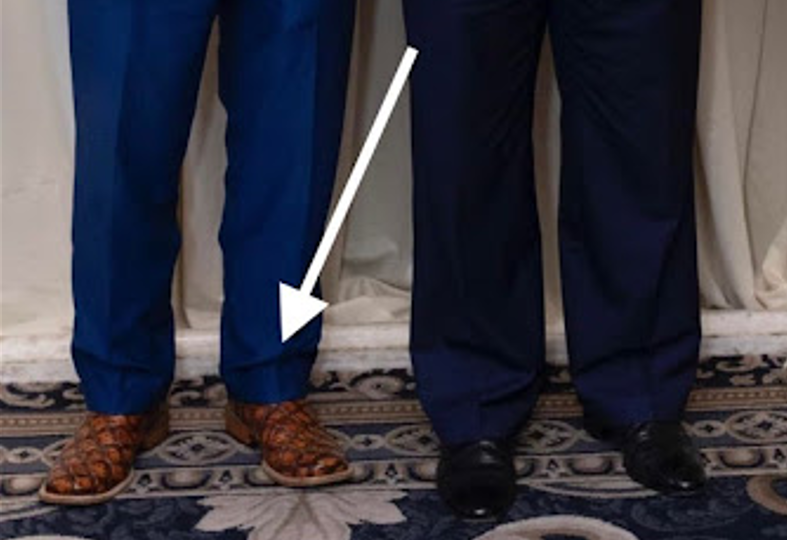 Yes, even though Trump hasn’t formally declared that he’s running again, at a political rally earlier this week at his golf club in Bedminster, the former president quipped that a Trump/Van Drew ticket sounded good. President Trump was referring to South Jersey shore Congressman Jeff Van Drew who switched from the Democrat Party to the GOP to campaign for Trump in 2020. 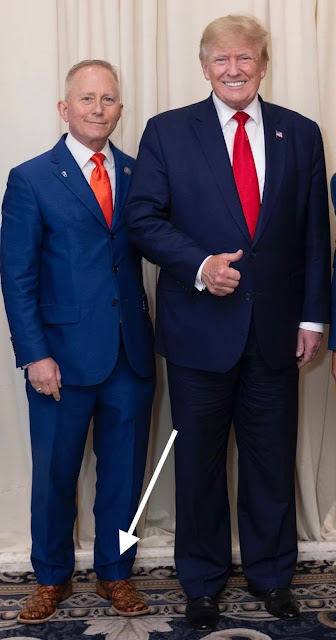 What is it about Van Drew that caught Trump’s attention? Yes, his party switch makes him instantly appealing but Van Drew has hardly gained the sort of national following that would catapult him into such a vaulted category. Still, there is one thing about Jefferson Van Drew that seems to set him apart — his fashion consciousness. For a guy from a somewhat rural district, Van Drew is quite the dandy.In fact, maybe Donald Trump was taken with the shoes (or were they boots?) that VanDrew wore as he sauntered into Tump National at Bedminster. Did anyone take notice of the design on the footwear (see photo) that Van Drew flashed as he stood alongside The Donald? We’re thinkin’ Runway, baby!

VanDrew happens to have some serious competition in the sartorial department right next door to him. We’re talking about upstart State Senator Mike Testa of Vineland who exudes what the Italians call sprezzatura.

Sprezzatura is what Sinatra had.  And, it’s what Stanley Tucci serves up al denté just by his mere presence. It’s the art of dressing and acting with style but doing it in such a way as to appear effortless. Your look becomes a unique extension of yourself. You transcend fashion and innately define your own in imitable style. That’s sprezzatura!

Now, back to the shoes. 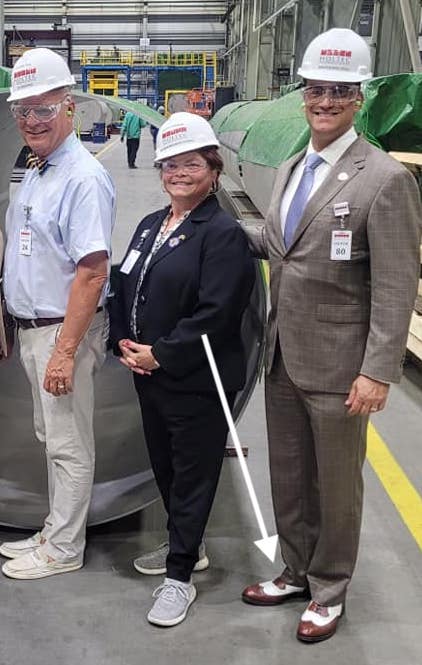 Look at those spectator shoes that Testa wears in the photo at left. They’re a summer classic. But not many men can pull off this look. Testa does it with a self-assured nonchalance even while touring an industrial site and decked out in a cumbersome hard hat and goggles. And like Reagan himself, Testa even manages to make a brown window pane suit and wide Windsor knotted tie look perfect for the occasion. With his broad shoulders, quick smile and distinctive dimpled chin, Testa’s got it all together.

Isn’t it grand that both these guys are Republicans from South Jersey? They know how to present themselves. They actually look the part of public servants. They’re confident in themselves and dare to enhance their wardrobes with unexpected choices that aren’t needlessly intrusive.

Of course Testa has the advantage of youth, stature and chiseled features. In fact, you might even say he’s . . . wait for it . . . charismatic. The diminutive VanDrew seems a bit more studied but (to borrow a phrase from the French) he is undeniably tres formidablé!

Bottom line: VanDrew and Testa might actually make a dream presidential ticket themselves — except that they’re both from the same state and both decidedly male. Oh, well . . . 😉