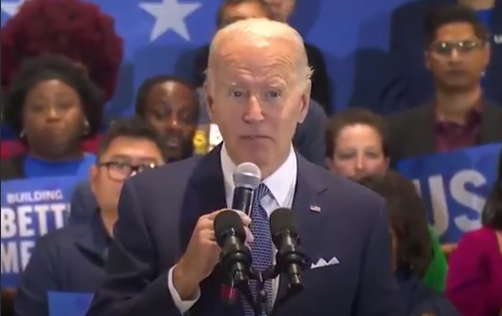 God knows where Ukraine would be today without an armed population, Save Jerseyans.

Joe Biden is on the campaign trail this weekend hammering away at the need to ban so-called “assault weapons” at the federal level, but in his latest stump speech on the subject, the Democrat president appeared to accidentally make an argument FOR private ownership of high-powered firearms.

The best response came from Kyle Rittenhouse, the young man acquitted of murder following shootings during the Kenosha, Wisconsin riot during the summer of 2020.