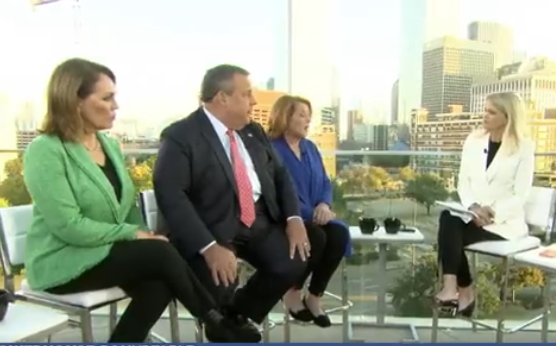 Chris Christie may be a lot of things but he’s not stupid, Save Jerseyans. So as much as he fellow panelists didn’t love his answer on Sunday’s edition of ABC’s This Week, the ex-governor was 100% correct in stating that abortion is unlikely to end up being all too important this year. At least in terms of deciding who wins control of Congress.

“It’s number three in the polls and you’ve also got 62 percent saying it should be legal in all or most cases,” said host Martha Raddatz. “How do Republicans square that?”

In the end, look, I think people who are voting that as their number one issue, had their jerseys on a long time ago, Martha. They were voting Democrat if they’re pro-choice. They’re voting Republican if they’re pro-life. And the folks that — the vast number of folks in the middle where that issue is not their number one issue, they’re making this decision based on the economy and crime, education, drug abuse and drug overdoses. Those are the things that are affecting them much more in their neighborhood every day.

And so, I think the Democrats who made this a centerpiece, and as I’ve traveling, I’ve seen a lot of ads about this from Democratic candidates, I think, are going to look back on it and say they should have come up with a different strategy.

Agreed. Poll after poll does show voters uneasy or outright opposed with broad abortion bans, but those same pollsters are finding inflation and crime vastly outranking “social” issues down the homestretch of the cycle.

In which Chris Christie tells a panel of women that the abortion issue isn’t “important” as it relates to the upcoming midterm elections.

“I don’t think it matters.” pic.twitter.com/EYrnHqqKEN