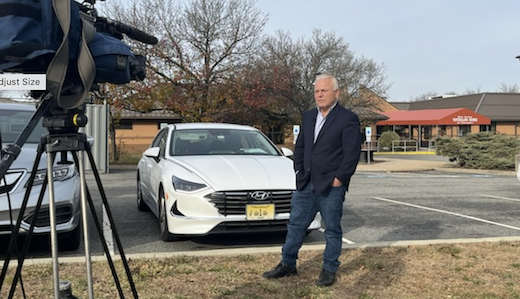 The findings of a new disturbing report weren’t exactly ambiguous: notwithstanding three years of pandemic and the deaths of U.S. military veterans, the state-run Menlo Park nursing home is still deficient. Dangerously deficient.

Now, according to NJ.com, “U.S. Centers for Medicare & Medicaid Services said the state-run nursing home could also be terminated from all Medicare and Medicaid programs, absent major changes there within the next six months.”

“It’s clear that the Murphy administration is unwilling or unable to investigate itself or resolve the mismanagement at our State-run veterans homes that may soon result in the loss of federal funding to at least one facility,” said Pennacchio on Wednesday. “After hundreds of unnecessary deaths and tens of millions of dollars paid out in legal settlements, it’s shocking they don’t appear to have made any real progress in improving protections for veterans home residents.”

Pennacchio has been demanding a legislative probe since May 2020; his calls were initially catalyzed by whistleblower reports of the dangerous conditions and deadly results inside the state-run facilities including Menlo. The Democrat legislative majority, however, has repeatedly killed any attempt at an investigation including a bipartisan bill co-sponsored by Democrat State Senator Nia Gill.

Menlo Park’s official death toll is 72 at a facility where there are only about 200 residents (see below), easily one of the worst nursing home Covid-19 death rates in the entire nation.

Pennacchio says it’s still not too late for the legislature to do the right thing.

“If my colleagues on the other side of the aisle are genuine in their concerns about these continued failings, which I believe they are, they should join us in supporting a full legislative investigation with subpoena power to help identify the problems and develop effective solutions,” Pennacchio continued. “The simple fact is the Legislature has done next to nothing so far, and it hasn’t worked.”

Voters will have a chance to weigh in directly on the legislature’s inaction in under year’s time since the entire state legislature is on the ballot in 2023.