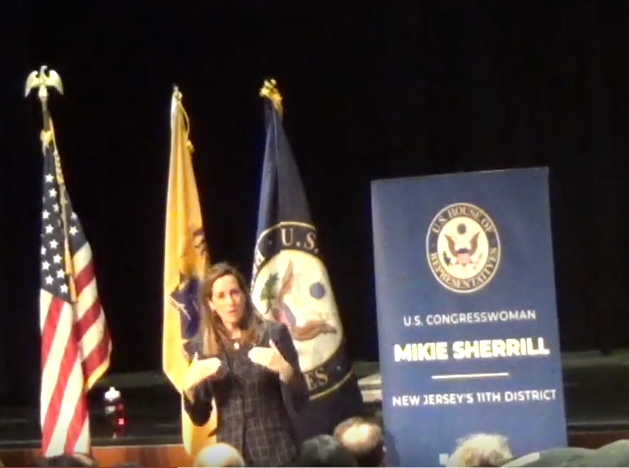 Mikie Sherrill (D, NJ-11) is a leading “pro-democracy” virtue-signaler in Congress. She even issued vague accusations against fellow members of the U.S. House following the January 6th riot and, naturally, provided no details to back up her sensational claims.

There is one issue which she thinks is too important for voters – and their directly elected representatives – to opine upon: abortion.

Let’s back up for a moment. You and I know this country isn’t a “democracy.” It’s a federal constitutional republic. We don’t believe that fundamental liberties are subject to the whims of the masses. There are some things, like the right of free speech and the right to self-defense, which no government or mob has a right to restrict without a truly compelling interest (i.e. yelling “fire” in a crowded theater, or preventing private citizens from owning nukes).

The problem with Sherrill’s argument is, for lack of a better phrase for it, her constitutional selectivism. Sherrill and her party do NOT believe in constitutional restraint in almost any other context. They believe in their heart of hearts that the government can and must do whatever it needs to do to accomplish the Left’s agenda; they’re ruled by the subjectivity of the “common good.” Democrats consequently believe they own you, your money, and your kids if the cause is righteous enough, and the bar isn’t necessarily very high. Look at your paystub deductions or check out your local board of education meeting if you don’t believe me!

So why is abortion the one exception? The one issue which Democrats believe government does NOT have the power to step in? To the point where NPR can broadcast audio of an abortion (!) and there aren’t federal legislators in the majority party demanding FCC action?

When you can answer that question, Save Jerseyans, then you’ll understand the Left (and never vote Democrat again).