Ignorance IS bliss, Save Jerseyans, particularly for SOME employees of a thoroughly ignorant newspaper operation that seems increasingly hell-bent on destroying/wounding/landing a punch on our sitting governor. The latest example came yesterday evening via a reporter named Jarrett Renshaw of NJ.com’s Statehouse Bureau.

The angle? Mr. Renshaw’s story relates how MTV’s exceedinly-trashy Jersey Shore reality television program is getting a $420k tax break from New Jersey’s Economic Development Authority (NJEDA) for filming in-state; his choice of wording is the point of our focus:

New Jersey residents got their bar tab today from the cast of the hit television show the “Jersey Shore” — and it was a big one. Taxpayers will be picking up to $420,000 of the production costs from the show’s inaugural 2009 season under a state film tax credit approved today by the New Jersey Economic Development Authority.

The approval was part of the first round of film tax credits awarded by the EDA since Gov. Chris Christie suspended the program in 2010 to close budget deficit, and state officials said it was based on a set of strict guidelines that is blind to the show’s content.

This reporter is savvier than most. He clearly recognizes the extent to which Seaside Heights’s national claim to fame is wildly unpopular across New Jersey. Hence, accusing the Christie Administration of paying for their spray tans and jello shots with tax dollars is a guaranteed way to get a rise out of an economically-depressed readership. It’s a ready-made “situation,” if you will.

The problem? We’re not “picking up” anything, Mr. Renshaw. Your premise is 100% wrong. 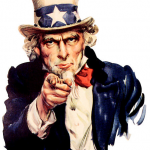 When a government gives a “grant” it bestows public funds on a thing or a person for x, y or z reason. Tax CREDITS, however, are specified sums deducted by legislation/code/executive order, whatever, from that which said individual taxpayer or taxpaying entity owes to the government (in this case, the People’s Republic of New Jersey). The guiding principle at work here is that lowerbusiness taxes incentivize business growth and activity. For example, the NJEDA’sappropriately titled“Edison Innovation Digital Media Tax Credit Program” provides a 20% business tax “credit” to qualifying tech companies (pdf).

The bottom line? You’re entitled to disagree with a “tax credit” or a film tax credit specifically (as the Governor himself does) on philosophical or substantive grounds. Plenty of conservatives do. But Mr. Renshaw’s assertion that New Jersey taxapyers are “picking up the bar tab” for Jersey Shore is wildly inaccurate because the state never touched the credited cash begin with! It’s kind of like accusing Black Friday shoppers at the GAP of ripping off GAP shareholders for taking advantage of a 20% sale on jeans. GAP purchases help GAP shareholders. New Jersey patrons help New Jersey taxpayers. It’s ridiculous that I even need to explain this!

But nothing is a futile exercise here at The Save Jersey Blog, folks, especially since this little episode tells you something elemental regarding the old media establishment’s economic outlook. To them, all resources private or public actually belong to “the public,” i.e. the government, as a matter or right. Everything from the money in your pocket, to the car in your garage, to the very words leaving your lips and the tan on Snooki’s troll-like frame all go but for the grace of Trenton/Washington/the Hague.

Scary Marxist stuff to be sure. The ironic thing about it is that the newspapers’ inability to understand and acknowledge basic tenants of economics is part of the reason they’re going out of business themselves! The Star-Ledger should hurry up and apply for a GRANT before it’s too late. I think it’s already far too late for a tax credit to work any magic.