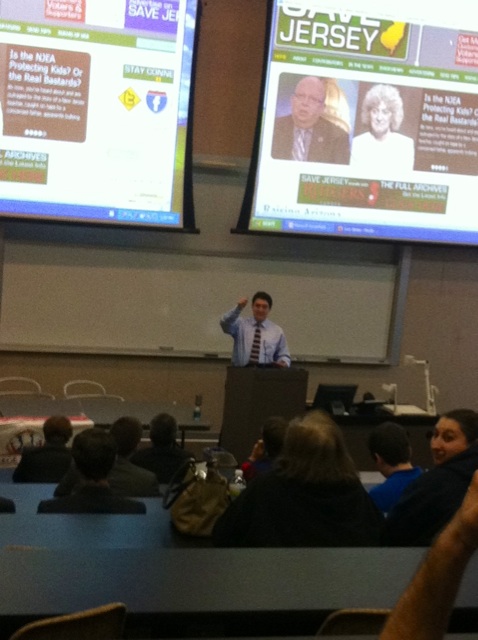 I had a great time with the New Jersey College Republicans on Saturday, Save Jerseyans.

And, of course, your own Blogger-in-Chief who hosted an afternoon “new media forum.” No one fell asleep to my knowledge – mission accomplished!

The CRs also got down to business elected new leaders; Connor Montferrat (R-Rutgers) is the new chairman of New Jersey’s federation of College Republican chapters.

Thomas Szymanski (R-Rowan) is the outgoing chair and deserves a good deal of credit for strengthening the organization over the past year. Thank God for it, too; the CRs have a busy pair of cycles ahead of them as we work to defeat Barack Obama in 2012 and reelect Chris Christie in 2013! College Republican volunteers regularly form the backbone of Republican GOTV efforts and, consequently, have a real effect on elections. You can learn more about what they have planned for this cycle at http://njcr.org/.

Congratulations to the new officers and best of luck for a productive/successful tenure!