There has been much made in the media and by Senator Lautenberg over the last few days regarding the “secret” report that Rowan commissioned in November of last year to deal with the anticipated public opinion explosion that would occur after the merger’s announcement. Of course, proponents of the merger have still been caught off guard. They had no idea that only 19 percent of New Jerseyans would support a plan marred and scarred by offering many questions and no answers. Who would have thought?

I reported way back at the beginning of this campaign that Rowan had known of and discussed the takeover well before Rutgers Camden had any clue. There was a student government memo from a meeting in November where Rowan’s Interim President attempted to answer student questions on the issue. There is no question in my mind that Rowan was briefed while the rest of us were left in the dark.

But now, this “secret” report has been released that bolsters that fact. As I always like to do, let me break down the document and highlight some key things that I found interesting . . .

The report was paid for by Rowan and created by The Learning Alliance for Higher Education. This is a group started by the University of Pennsylvania whose sole purpose is to offer strategic advice to institutions needing to deal with the market realities of our day. They offer solutions to schools looking to cope with things like staff reductions, budget cuts, curriculum changes, and yes, mergers. 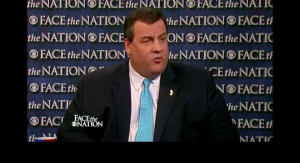 There were many people shocked when Governor Christie announced that the merger would begin implementation on July 1st in an official capacity. That however the plan would legally initiate, whether through executive order or specific legislation, it would be done by then.

It looks as though it surprised everyone but merger proponents and the Learning Alliance. On page 2 of the report, it states that “The New Rowan University commences operations on or about July 1, 2012 . . .”

It does not appear that the unrealistic deadline was in fact Christie’s deadline at all, but one decided in the smoke filled room well before he publicly got behind the plan.

The report specifically states that Rutgers Camden students and faculty will be against the plan and that the rhetoric may even get personal, but that Rowan and merger proponents must not allow that rhetoric to set the tone. Consider that mission failed. I think that there is little doubt that sites like Save Jersey, Blue Jersey, and student and faculty groups at Rutgers are driving the debate and the loudest message on this issue.

They also anticipate court challenges to the plan, which at this point is a complete certainty. As soon as this thing gets set in motion there will be a lawsuit filed.

Most interesting to me is the fact that this report tells Rowan that they need to appoint a new President as soon as possible to be a “cheerleader” for the merger. They recommend that someone of “broad national reputation” should be selected. I have a few ideas on who that person is going to end up being, the signs are all there if you know where to look, but that is a post for another day. Can’t let Norcross see everything we know at once right?

That all being said, no University President is going to rehab the vast public opposition to this plan, which may be why this recommendation has not be taken yet.

The report is then split up into three phases based on things that should happen in certain months:

We are currently, at least according to the calendar, in Phase 2. However, based on the the points in the report, the merger is very clearly behind schedule.

First, there was supposed to be a steering committee put in place with members from Rutgers Camden and Rowan, unless Rutgers refused to participate, and then they would simply offer observers. To my knowledge no such committee has been formed.

Second, the report says that Govenor Christie would lay out the procedural method to carry out the plan in mid-March. Clearly today is April 3 and no such method has been outlined. This is because there is a scramble to figure out what can be done. Mark my words, no executive order from Governor Christie to implement this merger has even one leg to stand on in court. Statutes and prior court decisions make this impossible. Bottom line. The procedure to be put forth will have to be specific legislation from the legislature.

Third, Rowan employees may not be happy either. This is because Rutgers employees are not civil service employees, but Rowan employees are. According to the report, when Rowan takes over Rutgers Camden, all Rowan staff will lose their civil service status. While I had not previously considered this, it actually seems like a no brainer. Why would the Norcross Machine want to deal with the restrictive nature of civil service employees? This merger is meant to be a cash cow for patronage, after all. The report considers other union contract concerns as well.

Fourth, there are clearly issues for faculty. Rutgers Camden professors are required to teach two classes and do a minimum amount of research, whereas Rowan professors are required to teach four classes and do no research. Allowing Rowan faculty to assume the role of researchers and drop classes will require the hiring of more faculty, and in turn increase costs.

Fifth, the report mentions financial concerns. Most importantly, it touches on the transfer of debt from Rutgers Camden to Rowan. Rutgers Camden currently has a little over $130 million in outstanding debt. Rowan has even more, and their overly leveraged debt position may make it hard for them to borrow more down the road. This could obviously lead to increased tuition at rates not previously fathomed.

Sixth, the accreditation of the the Rutgers Law School is mentioned. The report lists this as a “special case” separate and apart from accreditation concerns of the other schools and colleges. This is because the ABA could force a reaccreditation process that could likely take up to five years. The likelihood that accreditation is denied to the new law school down the road is slim. However, the short term implications and effects on enrollment, alumni donations, and ranking could have long lasting effects. It could literally be decades before Rutgers Law School can climb itself back to what it once was once it flies a Rowan banner.

Finally, the report says that at the end of all this, the New Rowan should have a big celebration to remind us all of what we went through to make this happen. Which basically reminds me of the Hunger Games. Nice thought.

The most important thing to take away from this report is that Rowan knew about all of these concerns that are coming to light as the merger plan continues to play out. They predicted what would happen reasonably well, but did not anticipate the fervor of the countermovement. If nothing else, this report shows just how “back room” this deal really was. The Barer Commission, which should have been an open and transparent process for reforming higher education in New Jersey, seems more like a show to achieve the ends of people in power while Rowan was more than willing to play the pawn.

I have attached the lengthy report (lengthier than this article, I assure you) for your reading pleasure.

One thought on “Save Rutgers: Analysis of the “Secret” Rowan Report on Rut-Row Merger”