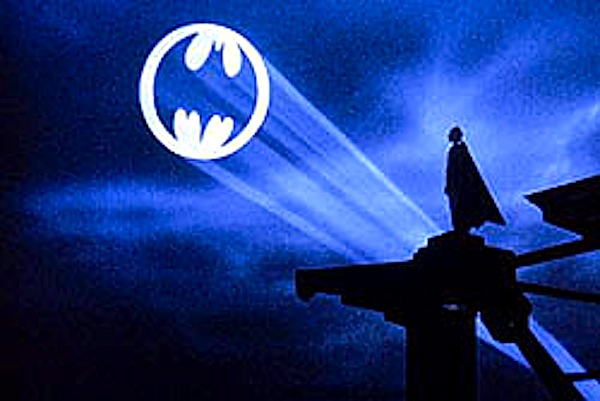 Sometimes you can’t make this stuff up, Save Jerseyans.

It’s been reported that President Obama’s supporters plan to use the Batman villain “Bane” from this summer’s new movie, The Dark Knight Rises, to attack Governor Mitt Romney. You know, because Mitt used to work at “Bain” Capital. The lack of originality from these folks is stunning, isn’t it?

I blame the public school system.

But the real irony behind this story is obvious enough to any true blue Batman fan: Bruce Wayne (whose alter ego is the famed caped crusader) might be the ultimate Republican superhero.

Think about it! He’s a blue-blooded, multi-billionaire industrialist/philanthropist who manufactures government weapons and believes in preemptive warfare… with his fists. Think Chuck Norris meets Mitt Romney. In tights…

And, of course, Batman’s efforts are supplemented the myriad of ingenious gadgets adorning his bat belt, each of which he designed and paid with above-average intelligence, hardwork, grit and determination. Much like his Marvel cousin Tony Stark (a.k.a. “Ironman”). That’s why they’ve always been my favorites, folks.

Neither has any inherent physical “super powers” per se. They can’t shoot laser beams from their eyes or fly like a bird through the clouds. What they have is something far more special and potent: super ingenuity. It allows them to overcome supernatural foes, powerful mortals and tremendous odds time and time again for the good of mankind. It’s a profoundly American theme! 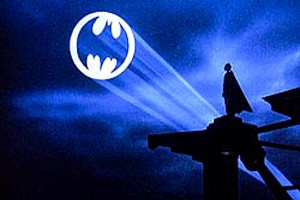 Sadly, not all comic storylines have happy endings. Just imagine what would happen if President Obama’s statist reach extended to the fictionalized Gotham City, Save Jerseyans.

If his chilling remarks over the weekend at a Virginia rally are to be believed, our Commander-in-Chief doesn’t think there’s anything remarkable about Bruce Wayne or Tony Stark. “There are a lot of smart people out there,” or so says the President. According to him “If you’ve got a business — you didn’t build that.” Ipso facto, Batman and Ironman don’t deserve credit (or proportional profit) for their lives’ work. Work that kept the people of the world safe from evil! Not to imagine employ thousands of taxpaying Americans through their respective conglomerates.

So here’s an equally chilling hypothetical for the Free World: what happens when Wayne Enterprises and Stark Industries relocate to China? Call it “super-outsourcing” if you prefer. After all, even superheroes live by the rules of economics, and they can’t pay out the rear-end of their tights for Obama’s redistributionist policies, massive tax hikes and yes, Obamacare, and still maintain their heroics-enabling wealth. Can you imagine what Bruce Wayne’s IRS filings look like? Tony Stark probably pays more to the feds than a small U.S. state! Less financially-endowed superheroes would probably have to mortgage their capes to stay in business. I mean, imagine the insurance liability associated with crime fighting! Are sidekicks independent contractors? What about superhero vehicles; is the mileage tax deductible? And that’s assuming a Batmobile-type car would pass modern emissions standards.

Yup… I’d move my secret lair to an overseas tax haven, too. 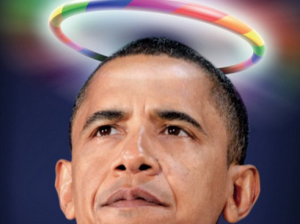 And if that happened, Save Jerseyans, it would make Barack Obama the most terrifyingly destructive supervillain either legendary comic label could cook up! Even the Joker and Mandarin – a homicidal genius and marital arts master – couldn’t vanquish their respective noble archenemies (and they had plenty of opportunities over the decades). Skinny old Obama? He could easily rid America of its greatest superheroes with a few well-placed EPA regulations and a giant health care tax.

But don’t despair just yet. The ultimate message here is to stick together, good citizens! There are superheroes out there among us in America. Men and women who bust their butts to support families AND dozens, hundreds or thousands of employees. As if that weren’t enough, they pay more than anyone else to the federal government because (1) the President’s party says they’re rich, but (2) they’re not rich enough to afford a team of accountants to limit their exposure. They’re a dying breed as a result and, if this pattern continues, they’re going to disappear.

Are we going to stand up for our economic superheroes who have always been there for us? Or will we allow them to perish under the weight of big government?

The choice is yours! Make Batman proud.