Bringing in O’Donnell is More than a Little Crazy 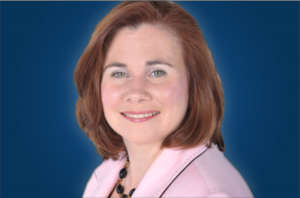 I was rather impressed with Anna Little’s showing in 2010. Coming within 11 points of Frank Pallone when he has kept the spread to about 30 points his entire career is no small feat. The district  was drawn as a Democrat advantage even before redistricting, but the groundwork laid by Little’s campaign in 2010 gave a hint of hope for 2012.

That is, until it didn’t anymore.

As much as I want to like the Little campaign, they constantly make decisions that, as someone who is politically aware and does not have any short term memory loss, makes me want to run head first into a brick wall in hopes that the pain would overpower my thoughts of how awful said decisions are.

Today’s example? Bringing losing Delaware Senate candidate and all around failure Christine O’Donnell to raise money and excitement for the Little campaign . . .

Imagine it, Save Jerseyans. Imagine the strategy meeting in the 6th district where everyone sat around and someone stopped them in their tracks to throw an idea out there. That person mentions Christine O’Donnell as the key to victory that the campaign as been waiting for, and in some moment of total delusion, everyone agrees and gets excited. If I had been in the room, that would have been the moment I lost all faith in human intelligence.

Some of you may think that I am being unfair. That Christine O’Donnell is a famous name that could really help the Anna’s Army pick up some steam. Unfortunately some of you are in fact wrong. Little has tried something like this before with another failed Tea Partier, and it failed then too.

Christine O’Donnell is a famous name associated with asinine public statements, poor judgment, an awkward campaign, and worst of all, total failure. Here are a few of O’Donnell’s hits over the last few years.

1. “American scientific companies are cross-breeding humans and animals and coming up with mice with fully functioning human brains.”

4. “God may choose to heal someone from cancer, yet that person still has a great deal of medical bills. The outstanding bills do not determine whether or not the patient has been healed by God.”

You get where I am going with this. This woman makes Sarah Palin, someone O’Donnell clearly seeks to emulate and cannot even achieve that, seem like an intellectual heavyweight. So why bring her in?

Christine O’Donnell is not the key to Little’s victory. Honestly, she is unlikely to even be the key to a successful fundraising push on August 14th in Hazlet. My sincere advice is to graciously remove O’Donnell from the invitations citing some reason. Any reason will do. Then replace her with someone legitimate. Or with no one at all. Hell, even bring in Frank Pallone. Anyone but Christine O’Donnell will spare the campaign some embarrassment.