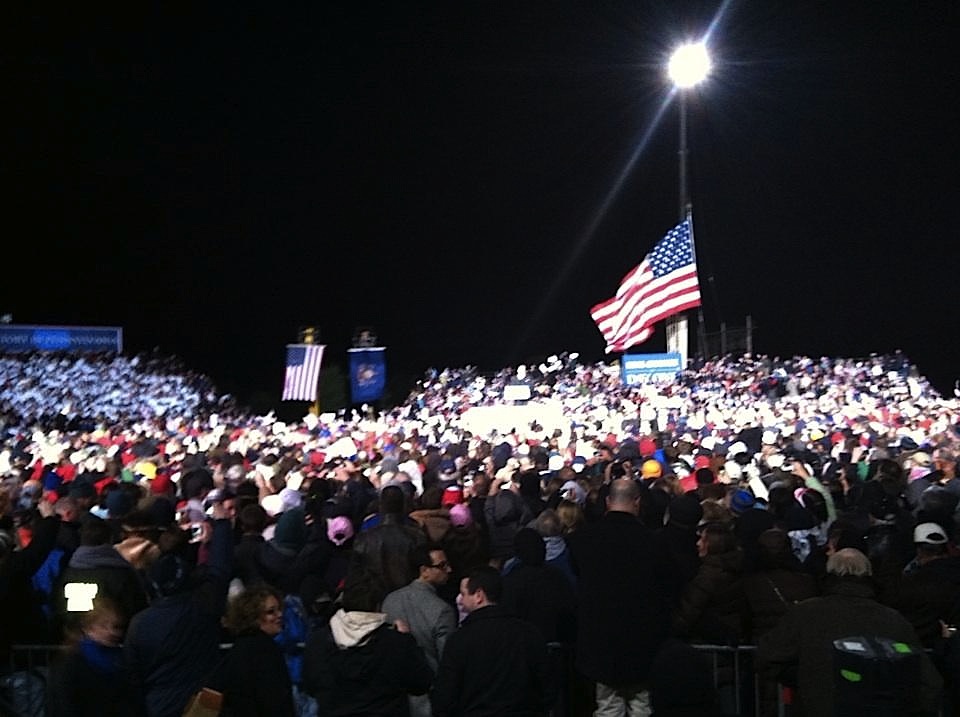 (1) Exits polls are crap. Almost always completely wrong. We learned that the hard way in 2004 when Zogby predicted a Kerry landslide.

(2) High/heavy turnout isn’t necessarily “bad” for the GOP. Not at all. Popular myth destroyed, again, in 2004. Totally depends who is turning out and where they’re turning out. We’re already hearing about really long lines in the Philly suburbs. That could be a positive sign for Romney if he really wins Independents by as much as public polls suggested…

Early stuff to watch for? One example: can the media call PA for Obama when polls close? If they can’t, Romney is probably in good shape overall (even if he ultimately loses the Keystone State).

New Jersey doesn’t have a tight statewide race but almost everyone I’m talking to in the suburbs saw larger-than-normal lines at their polling places this morning.

A reliable friend in the biz reports that turnout is on pace to far-exceed 2008 numbers throughout Butler County, Ohio and in the Republicans towns of Chester County, Pennsylvania (outside of Philly). The former is a GOP stronghold, which is a good sign according to my Ohio math [in related news, GOP numbers man Adrian Gray observed the following in Ohio at the conclusion of “early” voting: “[i]n counties Obama won by 55%+ in 2008, early vote is down 3.6%. In McCain 55%+ counties, early votes up 23.9%.”]. The later is a crucial PA battleground that Mitt must win if he’s going to take Pennsylvania, which could mean Mitt is on pace.

Philadelphia Democrats will do their best to manufacture a massive turnout. Let’s see who prevails. It’s very early. Stay tuned…

What are you hearing/seeing? Click here to report in, Save Jerseyans!