The Mathematical Reason Why I’m Bullish About Romney in Ohio 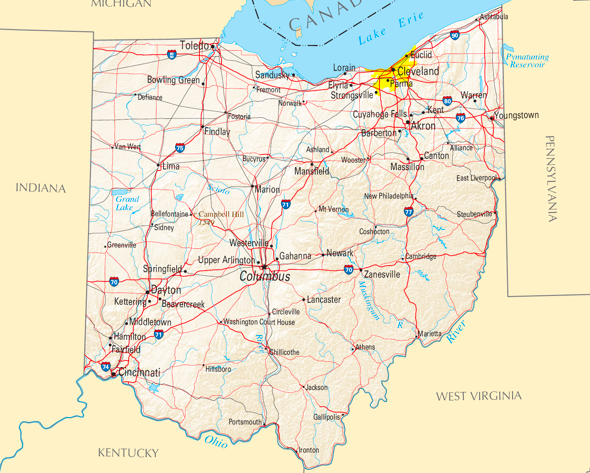 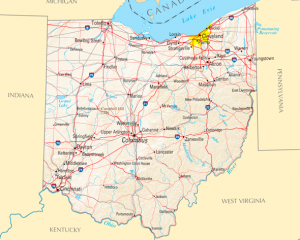 Election Day 2012 has arrived, Save Jerseyans! What do we know so far? As polls prepare to open across the fruited plains in a matter of minutes, Democrat early voting is down — big time — virtually across the board as compared to four years ago.

I’m betting it’s an ominous indicator of today’s turnout for the incumbent president in battleground states.

Take Ohio, where OFA is feeling optimistic (or at least its surrogates are saying so publicly); I’m still not convinced they’re in good shape. They’re seemingly doing worse compared to 2008. For argument’s sake, we’ll ignore that for now since they want to, repeatedly telling reporters “we’re not running against ’08.” Let’s look at today.

The Obama campaign’s boosters are touting 1,665,089 early votes cast in Ohio as of Monday. They also point to public polls like this NBC/Marist survey where the statisticians assume a D+9 Ohio turnout model and subsequently discover  “…35 percent say they have already voted or plan to do so, and Obama is leading them, 62 percent to 36 percent. Yet Romney is up among Election Day voters in the Buckeye State, 52 percent to 42 percent.” [Note: NBC/Marist is likely an outlier; most other polls show Obama with a smaller projected advantage among early voters.]

Worried? Please don’t be. Prepare for some math below the fold…

Based on past exit polling, Democrats outvoted Republicans by 8-points in 2008. In 2004, Republicans outvoted Ohio Democrats by 5-points. A D+9 poll in 2012 is unrealistically optimistic for the President and therefore badly skewed given what we know about superior GOP enthusiasm/improved GOTV, etc. and so on for this cycle. Furthermore, many “Obama counties” where they’re allegedly doing well in early voting versus “McCain counties” have since gone for GOP Governor John Kasich and U.S. Senator Rob Portman. But again, let’s let concede the turnout composition point for the purposes of this post only.

If Marist is right, and the Obama team’s turnout models are accurate, he can expect to receive roughly 1,032,335 early votes heading into today’s main event. A huge lead! Romney would receive approximately 559,432. Assuming that’s really 35% (it looks like less at the moment… more on that later), we can expect 4,623,952 votes out of Ohio when all is said and done. Are you detecting a theme? Ohio put up over well over 5M in 2008; we’re clearly off pace since a dip that large is unlikely. Again, set math/logic/common sense aside for a moment to take this explanatory exercise to its conclusion. 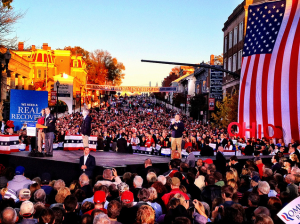 Now back up for a moment… based on what we discussed earlier on, it looks like NBC/Marist’s skewed poll is off regarding the total number of early votes. More like 28/29% of likely voters will have actually cast ballots before Election Day. And of those who already voted, Save Jerseyans, we can’t be sure whether they’re really breaking 2-to-1 for Obama. The Romney camp isn’t convinced; one Suffolk poll found the President’s advantage to be just 13-points. That’d give Romney 682,686 heading into today, representing a large 246,508 swing from my Marist-based projection and certainly more than enough early votes to change the final result. AND ADDITIONALLY (clears throat), I haven’t even factored in how each public poll shows a different percentage of the electorate voting (Suffolk thought 32%, which still looks a tad high but 3-points lower than Marist).

What does it all mean? It means what I’ve been telling you for weeks! Since (1) these public surveys are assuming 2008 or better Democrat turnout and (2) Democrat early voting isn’t hitting its ’08 targets, the onus is actually on Obama (not Romney) to over-perform today. That’s the primary reason why I’m standing by my electoral map and call of Ohio for Romney, folks. Nate Silver isn’t the only one who can use a calculator and, right now, I think Mitt is where he needs to be in the Buckeye State.